A battle for transparency: putting names and numbers to the US drone war

This is an extract from the Bureau’s report, Naming The Dead, published in April 2018, written by Jack Serle

The phenomenal assassination tool that is the attack drone was born of frustration – the inability of the US to kill Osama bin Laden.

The CIA and its Afghan militia allies were pretty sure they knew where he was, training would-be suicide bombers in his Afghan hideout. Whenever they did get a read on his location, albeit briefly, it was thanks to the CIA’s small fleet of surveillance Predator drones. They could fly high and for more than 12 hours on end, constantly filming the scene below them and sending the footage back to the US.

But the CIA could never pin down his location long enough for bombers or cruise missiles to be called in to do anything about it. The solution? Add anti-tank missiles to the remotely piloted drones.

By arming its drones, the US could get a fix on a target, show the video feed to lawyers in real time so they could assess if it was lawful, and wait to take the shot when there were no bystanders around to get hurt. The Predator drones and their more advanced successors, the Reapers, have been used hundreds of times for such “targeted killing”, in particular in Pakistan, Yemen and Somalia.

The Bureau of Investigative Journalism has been tracking these strikes for more than seven years, monitoring and recording the date, time and location; and importantly, those killed.

We have been doing this because there has been next to no official transparency about the US drone war. Individual strikes are usually reported in the newspapers and on social media but for the majority of drone strikes, there has been no official word on the attack.

The armed drone has the undoubted potential for being one of the most discriminating weapons ever devised. Yet the Bureau’s work shows that it doesn’t always work out this way.

Among the more controversial tactics adopted by the CIA was the signature strike. This is when drones are used to kill people based on their behaviour, not identity. Intelligence gathered over many days or weeks provides a pattern-of-life-analysis which is used to determine someone’s guilt or likelihood of being a terrorist. These strikes have been used to kill a handful of people or even large crowds.

There are multiple examples of a type of signature strike, so-called “double-taps”, where CIA drones carry out a strike and wait for people to come and pick through the wreckage before striking again. These attacks have killed plenty of Taliban fighters but they have also killed scores of civilians, according to field investigations by the Bureau.

The Obama administration did, through the course of his Presidency, bring in rules to govern the use of armed drones. This included putting the military in charge of the lethal end of drone operations and limiting the CIA to providing intelligence. However, the Trump administration has put the CIA back in charge, which has had an impact on transparency.

The CIA has provided some information to the media, briefing reporters on successful strikes. It has also hidden behind anonymity to attack the Bureau and our findings, or issued the standard response: “feel free to say the CIA declined to comment.”

The US military, in contrast, has become more forthcoming with information about its use of armed drones. Before 2013 both US Central Command (Centcom) and US Africa Command, which are responsible for US strikes in Yemen and Somalia respectively, would have little if anything to say publicly about their strikes. Now they give details in press releases, when security and diplomatic interests allow, they say. For the rest they will only confirm they happened if someone asks them directly.

While a step forward, the amount of information they are willing to give remains limited. At most they will confirm the date, the general location of the strike, a standard rationale for taking the strike, and occasionally a casualty estimate.

As often as not the US and the Bureau numbers don’t tally. 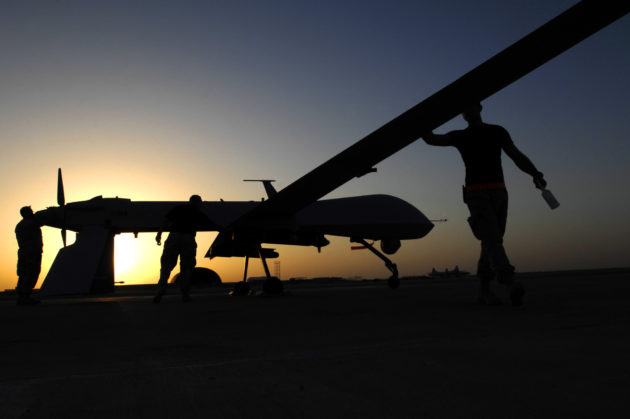 In March 2017, I sat at the back of a Senate hearing room, watching General Joseph Votel, the man in charge of Centcom, testify before the Senate Armed Services Committee. He said with evident sincerity that he was apologising for the killing of between four and 12 civilians in a botched special operations raid and drone attack in Yemen in January 2017.

Seven months later it turned out he got the numbers wrong. An investigation by NBC News revealed internal US estimates showed at least 16 civilians died. Centcom told me that Votel spoke “with the best information he had at the time”. Yet both figures are lower than the 25 civilian deaths uncovered by researchers working with the Bureau, who visited the scene of the strike. Despite advances in transparency, it can be hard to understand how the US comes to its own estimates.

In the summer of 2016 the Obama White House released its own figures of those killed in counter-terrorism strikes in Pakistan, Yemen, Somalia and Libya – operations that were outside the declared battlefields of Afghanistan, Iraq and Syria – between 2009 and 2015. This was a big step forward for transparency advocates. Unfortunately, the White House published total figures for strikes and casualties for all six years in the three countries, rather than broken down by year or country. This made it impossible to examine where the US records differed from the Bureau’s data.

The figures were supposed to be published every May thereafter. Then in late January 2017, with Donald Trump just days away from moving into the White House, the Obama administration put out its estimate for the 2016 figures.

Clearly, any effort towards greater transparency is only as strong as the will of the current administration. Current guidance, although not an official instruction, is that the Pentagon doesn’t want to release information that would give the enemy an advantage. This means that it is much harder to find out details such as the date and location of strikes.

With the Trump administration clamping down on transparency around US air wars in Afghanistan and Yemen, it seems highly unlikely it will turn the data release into an annual event. This only serves to underline the importance of the Bureau’s work.

The use of drones in counter-terrorism operations has no end in sight. So far thousands have been killed, both terrorists and civilians. Continuing to investigate how the US and its allies pursue the never-ending war on terror has never been more vital. 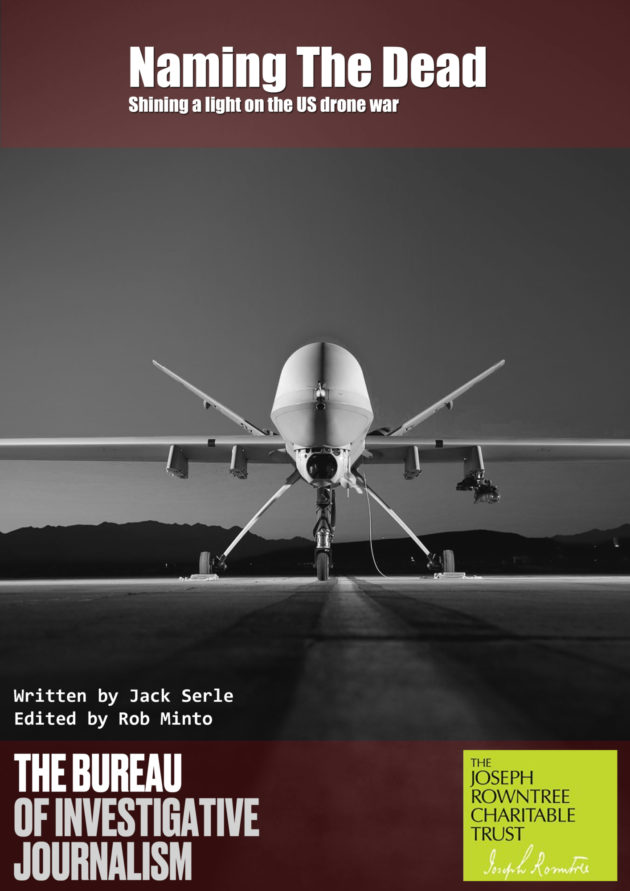