Australia has admitted to killing two civilians and injuring two children during the battle for Mosul – the third such admission of harm by Canberra’s military, and one that further sets the Royal Australian Air Force apart from most other Coalition partners which continue to deny civilian casualties from their own airstrikes.

The case originally came to light during a field investigation by Amnesty International – which was slammed for its findings at the time by the US-led alliance. Airwars then published details of the event – which in turn were investigated by the Australian Defence Force (ADF).

The admitted incident occurred in the Mosul neighborhood of Islah al Zirae on the night of May 3rd 2017, during an intense push by Iraqi forces with Coalition air support. Civilians who reported being trapped by ISIS fighters or pinned down by heavy fire attempted to flee once ISIS fighters had withdrawn. In the midst of this, several family members were attempting to evacuate a home they had been sheltering in when it was hit by an airstrike.

The ADF said it carried out two investigations into the attack, and found that the civilians were killed and injured by munitions dropped by an RAAF Super Hornet.

“On the balance of probabilities, our strike resulted in the death of two people and the injury of two others,” deputy chief of joint operations, Major General Greg Bilton, said in remarks reported by the Australian Broadcasting Corporation.

The newly conceded case was one of 45 civilian harm events that Amnesty researchers documented in West Mosul. Amnesty however only published details of nine of the incidents, leaving out the Ishlah al Zirae event because it was based on a single source — a family member of the deceased. The precise date of the incident also could not be narrowed down at the time, with Amnesty flagging it as having likely taken place some time between May 1st and 3rd.

The testimony taken by Amnesty was however shared with Airwars, which in turn alerted the Coalition to the event as part of its own routine advocacy engagement. In its most recent monthly civilian casualty report, released on March 28th, the Coalition said it had been determined that while conducting a strike to destroy an ISIS fighting position in the neighborhood of Islah al Zirai, “two civilians were unintentionally killed and two civilians injured.”

“We were getting dressed to leave and my brother’s family were still getting dressed and putting jackets on the children,” said the relative who survived and spoke with Amnesty researchers. “I set off with my wife and children and we turned the corner and heard an air strikes. I ran back and the house had caved in. My brother died. My sister in law [wife of another brother] also died.”

“People were panicking and running out of their house – four family members were trapped in the house or trying to leave,” said Ben Walsby, part of the Amnesty team that deployed to Mosul. “They hadn’t been able to get out before because ISIS was preventing them, but in the chaos of airstrikes, they felt they had to get out.”

“This was just a quick interview with a family member who had run out of the house because the airstrikes were coming — people were scrambling,” said Walsby.

In their report, Amnesty accused ISIS of war crimes in Mosul, but also said the Coalition and Iraqi forces may have committed violations themselves. The Coalition responded by sharply questioning the veracity of Amnesty’s work.

“I would challenge the people from Amnesty International or anyone else out there who makes these charges to first research their facts and make sure they are speaking from a position of authority,” said Lt. Gen. Stephen Townsend, then the Coalition’s top commander.

As it turned out, it was the Coalition which needed to further investigate, and in the case of the May 3rd strike, both the alliance and the Australian Defence Force have now accepted responsibility. 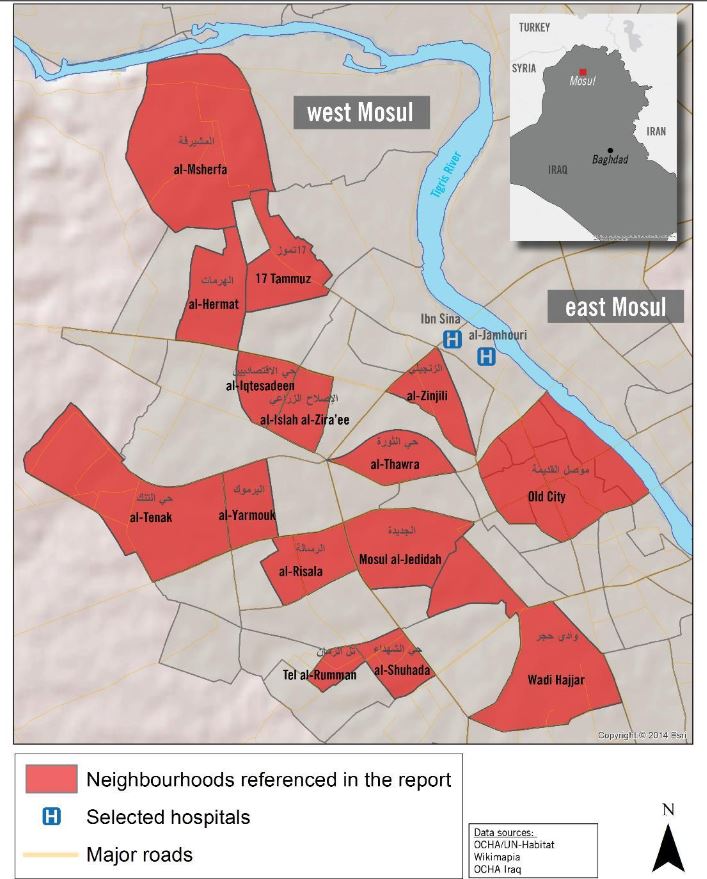 There are several reasons why the latest ADF admission is notable. The Australian military remains the only Coalition partner besides the US to admit to any civilian harm in Iraq or Syria since 2014, despite an estimated 10,000 strikes by non-US allies. Countries like France and the United Kingdom have yet to concede a single civilian death — a statistically implausible assertion.

These countries have been aided by a Coalition practice enforced since 2017 that does not identify which partner is responsible for any single event in the alliance’s monthly casualty reports. With rare exceptions, the US itself no longer acknowledges its own Coalition strikes that caused civilian casualties.

The Amnesty account which triggered the Australian investigation – recorded in an informal camp for displaced persons – also illustrates how effective simply speaking with survivors from battles like Mosul’s can be. Australian officials in the May 3rd case were able to conclude involvement without carrying out their own interviews, though only after Amnesty had recorded the initial testimony. As a policy, the Coalition does not conduct interviews with survivors in the aftermath of strikes – a practice that extends into Syria, as recently reported by Airwars at Raqaa.

Australia was identified in December 2016 by Airwars as one of the Coalition’s least transparent members. Since then it has taken steps to improve the reporting of its actions. In September 2017, the ADF reported its involvement in two previous civilian harm events – one an Australian airstrike, the other an action by another ally for which the ADF had supplied flawed intelligence.

“I think it’s very important for us to recognize what a very complex urban environment environment this was, and the face we are operating in a war zone,” said Defence Minister Marise Payne of the latest ADF admission. “Our operators work to the highest standards but regrettably incidents like this happen.”

“The strike was called in because the Iraqi security forces were under direct sniper attack from the building, and the sniper was causing injuries,” said Payne. The witness who spoke to Amnesty, however, said “there were no Daesh around, otherwise how could I have just walked out of my house?”

Airwars director Chris Woods welcomed the latest Australian admission. “With only a single survivor claim and a fairly vague date attached to this incident originally, the ADF would have had to put quite a bit of detective work into identifying its own role in the event,” said Woods. “The event also shows why we must continue to take seriously the voices of affected Iraqis and Syrians.”