US promised it wouldn’t use Depleted Uranium in Syria. But then it did.

Officials have confirmed that the US military – despite vowing not to use controversial Depleted Uranium (DU) weapons on the battlefield in Iraq and Syria – fired thousands of rounds of such munitions during two high-profile raids on oil trucks in Islamic State-controlled Syria in late 2015. The air assaults mark the first confirmed use of this armament since the 2003 Iraq invasion, when hundreds of thousands of rounds were fired, leading to outrage among local communities which alleged that toxic remnants caused both cancer and birth defects. 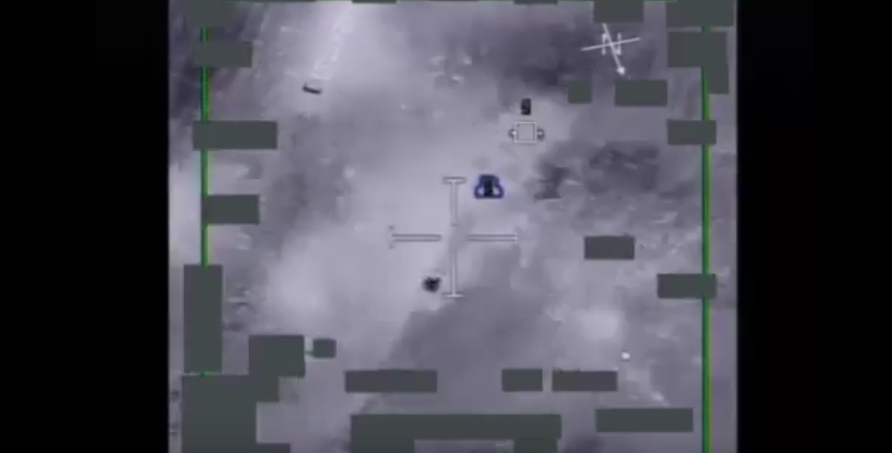 Earlier in the campaign, both Coalition and US officials said the ammunition had not and would not be used in anti-Islamic State operations. In March 2015, Coalition spokesman John Moore said, “US and Coalition aircraft have not been and will not be using depleted uranium munitions in Iraq or Syria during Operation Inherent Resolve.” Later that month, a Pentagon representative told War is Boring that A-10s deployed in the region would not have access to armor-piercing ammunition containing DU because the Islamic State didn’t possess the tanks it is designed to penetrate.

It remains unclear if the November 2015 strikes occurred near populated areas. In 2003, hundreds of thousands of rounds were shot in densely settled areas during the American invasion, leading to deep resentment and fear among Iraqi civilians and – later – anger at the highest levels of government in Baghdad. In 2014, in a UN report on DU, the Iraqi government expressed “its deep concern over the harmful effects” of the material. DU weapons, it said, “constitute a danger to human beings and the environment” and urged the United Nations to conduct in-depth studies on their effects. Such studies of DU have not yet been completed, and most scientists and doctors say as a result there is still very limited credible “direct epidemiological evidence” connecting DU to negative health effects.

The potential popular blowback from using DU, however, is very real. While the United States insists it has the right to use the weapon, experts have called the decision to use the munition in such quantities against targets it wasn’t designed for — such as tanks — peculiar at best.

The US raids in 2015 were part of “Tidal Wave II” — an operation aimed at crippling infrastructure that the Islamic State relied on to sell millions of dollars’ worth of oil. The Pentagon said the November 16th attacks happened in the early morning near Al-Bukamal, a city in the governorate of Deir Ezzor near the border with Iraq, and destroyed 116 tanker trucks. Though the Coalition said the strikes occurred entirely in Syrian territory, both sides of the frontier were completely under the control of the militant group at the time. Any firing of DU in Iraqi territory would have had far greater political repercussions, given the anger over its previous use there. The November 16th video below shows tankers hit first by larger ordnances, before others are engulfed in sparks and are ripped apart by fire from 30mm cannons.

Video of the second DU run on November 22nd destroyed what is described as 283 “Daesh Oil trucks” in the desert between Al-Hasakeh and Deir Ezzor — both capitals of governorates of the same names.

The use of DU in Syria was first reported by this author in IRIN News last October. CENTCOM and the US Air Force at first denied it was fired, then offered differing accounts of what happened, including an admission in October that the weapon had been used. However, the dates confirmed by CENTCOM at that point were off by several days. It is now clear that the munitions were used in the most publicized of the Tidal Wave II attacks.

Depleted uranium is left over from the enrichment of uranium 235. It is exceptionally hard, and has been employed by militaries both to penetrate armoured targets and to reinforce potential targets like tanks against enemy fire. Though less radioactive than the original uranium, DU is toxic and is considered by the US Environmental Protection Agency to be a “radiation health hazard when inside the body.”

The most likely way for such intake to occur is through the inhalation of small particles near where a munition is used. But doctors and anti-nuclear activists alike say there hasn’t been enough research done to prove the precise health effects and exposure thresholds for humans. This lack of comprehensive research on illnesses and health outcomes in post-conflict areas where DU was used has led to a proliferation of assumptions and theories about DU’s potential to cause birth defects and cancer. Firing rounds near civilian populations also has a powerful psychological effect, causing distress and severe anxiety, as the International Atomic Energy Agency noted in 2014.

Internationally, DU exists in a legal gray area. It is not explicitly banned by UN conventions like those that restrict land mines or chemical weapons. And although the United States applies restrictions on the weapon’s handling domestically, it does not regulate its use overseas in civilian areas with nearly the same caution.

“I think this is an area of international humanitarian law that needs a lot more attention,” says Cymie Payne, a legal scholar and professor of ecology at Rutgers University who has researched DU. “As we’ve been focusing more in recent years on the post-conflict period and thinking about peace building… we need a clean environment so people can use the environment.”

Major Jacques, the CENTCOM spokesman, says the ammunition was fired that November because of a “higher probability of destruction for targets.” Shortly after both attacks, the US-led Coalition released the videos showing multiple vehicles lit up by bombs, missiles, and prolonged fire from the 30 mm cannons of Air Force A-10s — but did not specify that the flight crews had loaded those cannons with DU. Those videos — along with dozens of other strike recordings — have been removed from official Coalition channels in recent months.

When DU rounds are loaded in A-10s, they are combined with a lesser amount of non-DU high-explosive incendiary (HEI) rounds, amounting to a “combat mix.” In November 2015, a total of 6,320 rounds of the mix were used in Syria: According to CENTCOM, 1,790 30 mm rounds — including 1,490 with DU — were fired on November 16; on November 22, 4,530 rounds of combat mix were fired containing 3,775 DU armor-piercing munitions. Though DU rounds have been fired in other theaters — including the Balkans — much of the attention centers on Iraq, where an estimated 1 million rounds were shot during the first Gulf War and the 2003 invasion.

A recent analysis of previously undisclosed firing data from the 2003 US invasion of Iraq showed that most DU rounds were fired at so-called soft targets, such as vehicles or troop positions, instead of targeting the tanks and armoured vehicles according to Pentagon guidelines that date back at least to a 1975 review by the US Air Force. The Pentagon’s current Law of War Manual states, “Depleted uranium (DU) is used in some munitions because its density and physical properties create a particularly effective penetrating combination to defeat enemy armored vehicles, including tanks.”

A line of tanker trucks in the Syrian desert on November 22nd, 2015. Image taken from CJTF video release of Coalition attacks on that day.

‘At risk of exposure’

The oil trucks hit in November 2015 were also unarmoured and would qualify as soft targets, the researchers who performed the analysis of the 2003 targeting cache contend. The trucks, in fact, were most likely manned by civilians rather than Islamic State members, according to US officials. A Pentagon representative said the United States had dropped leaflets warning of an imminent attack before the November 16th strike, in an effort to minimize casualties.

“The use of DU ammunition against oil tankers seems difficult to justify militarily on the basis of the arguments used by the US to support its use — that it is for destroying armoured targets,” says Doug Weir, head of the International Coalition to Ban Uranium Weapons. “Tankers are clearly not armoured, and the alternative non-DU HEI [high-explosive incendiary] rounds would likely have been sufficient for the task.”

The spent ammunition littering eastern Syria after the attack, along with the wreckage of the trucks, was almost surely not handled appropriately by the occupying authority — that is, the Islamic State. Even if civilians driving the trucks were not initially exposed to the toxic remnants of DU, scavengers and other local residents will likely be placed at risk for years to come.

“What will happen with the destroyed vehicles? Usually they end up in scrapyards, are stripped of valuable parts and components, and dumped,” says Wim Zwijnenburg, senior researcher at the Dutch research NGO Pax. “This puts scrap-metal workers, most likely local civilians, at risk of exposure.”

If there are few ideas for what post-Islamic State governance will resemble in eastern Syria, there are none at all about how to safely handle the depleted uranium that the US-led Coalition has placed into the environment.