Airwars and PAX release briefing for Dutch MPs ahead of Parliamentary debate, expected to cover civilian casualties from Dutch military operations and the impact of 2015 airstrike on Hawija.

In preparation for a debate in the Dutch Parliament on November 3rd, in which the Minister of Defence is expected to cover a range of topics including progress on the Roadmap process and improvements within the protection of civilians from Dutch military actions, Airwars and PAX released a briefing for Dutch MPs today.

The briefing gives an overview of Dutch efforts to improve the mitigation and response to civilian harm to date, and the challenges that are yet to be addressed to ensure that the Dutch protection framework is up to scratch. It suggests specific areas MPs should remain aware of, including continued questions on the level of transparency offered by the MOD, the importance of the Ministry of Defence maintaining clear milestones as it implements stronger PoC systems, and rehabilitation payments to Hawija, Iraq.

Click on the briefing below (note this is an informal translation from the original Dutch briefing, which you can find here): 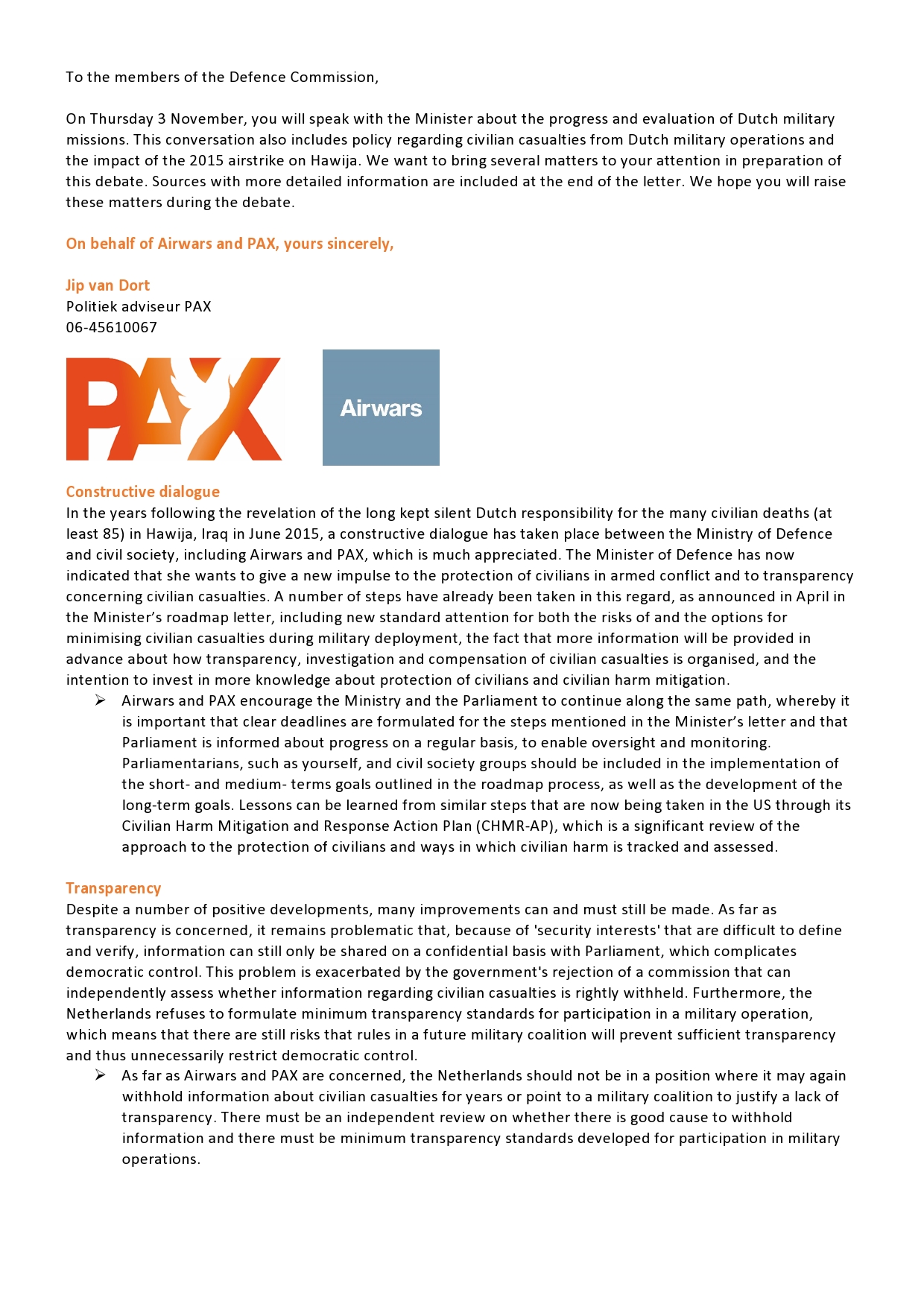