New UN report insists Soleimani assassination by US was ‘unlawful’

Killing of Iranian commander by US drone strike represents 'not just a slippery slope. It is a cliff', warns Special Rapporteur

The US assassination of Qasem Soleimani, the head of the Iranian Revolutionary Guard Corps (IRGC), in Baghdad in January 2020, was unlawful on several counts, according to a new report submitted to the United Nations Human Rights Council by its expert on extrajudicial killings.

Dr Agnes Callamard, the current UN Special Rapporteur on Extra-Judicial Executions, asserts in her latest report that Soleimani’s controversial assassination by a US drone strike on Baghdad International Airport on January 3rd 2020 had violated international law in several ways.

Noting that the US drone strike had also killed several Iraqi military personnel, Dr Callamard notes that “By killing General Soleimani on Iraqi soil without first obtaining Iraq’s consent, the US violated the territorial integrity of Iraq.”

The Special Rapporteur also argues that by failing to demonstrate that Soleimani represented an imminent threat to the United States – and instead focusing on his past actions dating back to 2006 – that his killing “would be unlawful under jus ad bellum“, the criteria by which a state may engage in war.

In the bluntest condemnation yet of the Trump Administration’s killing of Iran’s leading military commander, Dr Callamard argues that “the targeted killing of General Soleimani, coming in the wake of 20 years of distortions of international law, and repeated massive violations of humanitarian law, is not just a slippery slope. It is a cliff.”

She also warns that the killing of Iran’s top general may see other nations exploit the US’s justification for the assassination: “The international community must now confront the very real prospect that States may opt to ‘strategically’ eliminate high ranking military officials outside the context of a ‘known’ war, and seek to justify the killing on the grounds of the target’s classification as a ‘terrorist’ who posed a potential future threat.”

Speaking to Airwars from Geneva ahead of her presentation to the UNHRC, Dr Callamard described the US killing of General Soleimani as “a significant escalation in the use of armed drones, and in the use of extraterritorial force. Until now, drones have focused on terrorism and on counterterrorism responses. Here we’re seeing the displacement of a counterterrorism strategy onto State officials.” She described the Trump administration’s justification of the assassination of a senior Iranian government official as “a distortion of self defence.” 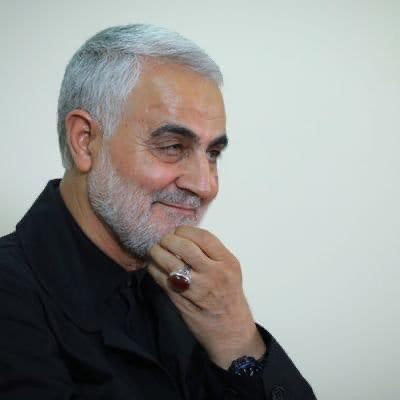 Qasem Soleimani, Iran’s highest ranked military commander, was assassinated in a US drone strike near Baghdad on January 3rd 2020 (via @IRaqiRev).

Dr Callamard’s denouncement of the US’s killing of Qasem Soleimani marks the latest in almost 20 years of concerns raised by United Nations experts on the use of armed drones for targeted assassinations. In 2002, following the killing of five al Qaeda suspects in Yemen by the CIA, then-rapporteur Asma Jahangir warned for example that the attack constituted “a clear case of extrajudicial killing”.

UN reports since then have tended to focus on controversial drone campaigns outside the hot battlefield, in countries including Pakistan, Yemen, Somalia and Palestine’s West Bank and Gaza Strip.

With her new report, delivered to the UNHRC on July 9th, Dr Callamard seeks to bring the discussion on armed drone use up to date, noting that “the world has entered what has been called the ‘second drone age’ with a now vast array of State and non-State actors deploying ever more advanced drone technologies, making their use a major and fast becoming international security issue.” The term ‘second drone age’ was originally coined by Airwars director Chris Woods, to reflect a growing wave of armed drone proliferation among state and non-state actors.

My latest report to the UN #HRC44 focus on targeted killings by armed drones: https://t.co/qLsqubaMpA The world has entered a “second drone age”, in which State and non-State actors are deploying ever more advanced drone technologies, a major international, security issue.

As Dr Callamard and her team write: “The present report seeks to update previous findings. It interrogates the reasons for drones’ proliferation and the legal implications of their promises; questions the legal bases upon which their use is founded and legitimized; and identifies the mechanisms and institutions (or lack thereof) to regulate drones’ use and respond to targeted killings. The report shows that drones are a lightning rod for key questions about protection of the right to life in conflicts, asymmetrical warfare, counter-terrorism operations, and so-called peace situations.”

Many of the conflicts monitored by Airwars are referenced by Dr Callamard.

“Drones are now the weapon of choice for many countries. They are claimed to be both surgical and to save lives – though we have insufficient evidence to conclude either,” Dr Callamard told Airwars. “Drones may save the lives of ‘our’ soldiers – but on the ground is another matter.”

The UN Special Rapporteur’s latest report highlights concerns about ongoing risks to civilians from armed drone use. Citing multiple studies, she writes that “even when a drone (eventually) strikes its intended target, accurately and ‘successfully’, the evidence shows that frequently many more people die, sometimes because of multiple strikes.”

Callamard also cautions that “Civilian harm caused by armed drone strikes extends far beyond killings, with many more wounded. While the consequences of both armed and non-combat drones remain to be systematically studied, evidence shows that the populations living under ‘drones’ persistent stare and noise experience generalized threat and daily terror’.”

The Special Rapporteur does however point out that civilian harm can be reduced by militaries, “through stronger coordination, improved data analysis, better training of drones’ operators, and systematic evaluation of strikes.”

▲ Aftermath of US drone strike on Baghdad International Airport in January 2020 which assassinated Iranian General Qasem Soleimani (via Arab48).