The number of civilians killed by the US-led coalition assault on the Islamic State’s de facto capital in Syria is mounting – but the coalition’s commanding general has cast doubt on the toll his forces are inflicting on innocents there. Airwars currently assesses that 1,700 or more civilians have likely been killed by U.S.-led air and artillery strikes in Raqqa governorate since March. A minimum of 860 civilians, including 150 children, are credibly reported to have been killed in Raqqa since the official start of operations to capture the city on June 6th.

Despite these findings, and corroborating evidence from UN bodies and nongovernmental organizations, Lt. Gen. Stephen J. Townsend has described reports of such claims of large scale civilian death as hyperbole. In one instance the General  prematurely called allegations not credible even before the coalition had completed its own investigation.

Citing an estimated 20,000 civilians who remain trapped in Raqqa, UN humanitarian advisor Jan Egeland asked last week for consideration of a humanitarian pause in the city, similar to the respites organized last year in eastern Aleppo, where regime forces were fighting rebels. Despite a number of major investigations into the civilian death toll in Raqqa by multiple human rights organizations in recent months, there is no sign either side is considering any sort of pause. 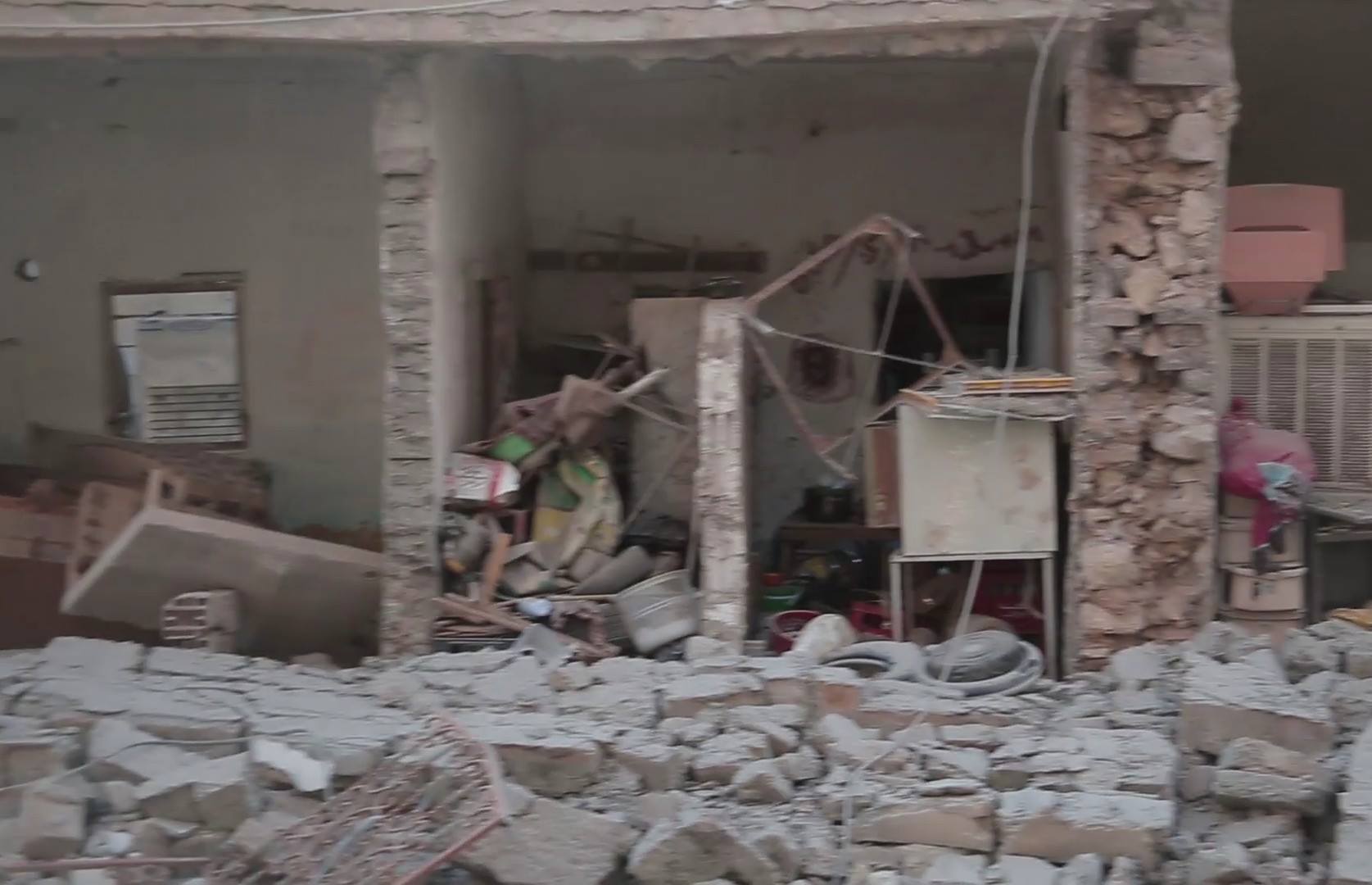 In a report released Aug. 24, the same day Egeland made his appeal, Amnesty International described the hell facing civilians, including thousands of children, at Raqqa. Survivors who fled the city said that Islamic State fighters have “been laying landmines and booby traps along exit routes, setting up checkpoints around the city to restrict movement, and shooting at those trying to sneak out.” But the report also described a “constant barrage of artillery strikes and airstrikes” by the coalition that further restricts movement, and has injured and killed hundreds of people.

Witnesses told of how shells ripped through civilian homes, and killed those seeking to escape. “Artillery shells are hitting everywhere, entire streets,” one witness said. “It is indiscriminate shelling and kills a lot of civilians.” (Russian air raids in support of pro-regime forces have also left many civilians dead south of the city.) 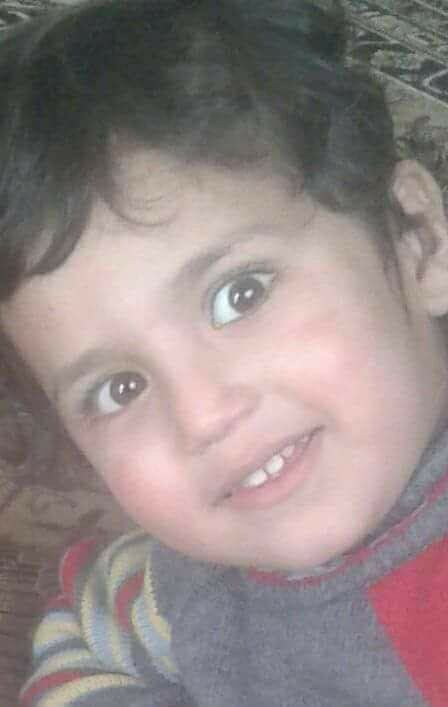 Throughout operations to capture Mosul and Raqqa, the coalition has argued that defeating the terrorist group quickly would ultimately save more lives. After Egeland’s comments, the coalition quickly tamped down expectations that the tempo of fighting might slow in Raqqa or anywhere else.

“Any pause in operations will only give ISIS more time to build up their defences and thus put more civilians in harm’s way,” said coalition spokesman Col. Joseph Scrocca. “What is more, it will further reinforce ISIS’s tactic of using civilians as human shields.”

But Townsend, the coalition forces’ commander, has gone further. He has suggested on several occasions that civilian death tolls are exaggerated — no matter how well investigated they may be.

In June, after a UN commission of inquiry warned that civilian casualties around Raqqa were already “staggering,” Townsend took issue with their phrasing, calling it “hyperbolic.”

“Show me some evidence of that,” he told the BBC.

On Aug. 22, Townsend again played down civilian deaths, this time at a press conference with U.S. Defense Secretary James Mattis in Baghdad.

Such hard information is freely available from multiple sources. Large numbers of civilian casualties from coalition actions have been reported in local outlets and by Syrian monitoring organizations since well before the official start of operations inside Raqqa itself. In the three months leading up to June, Airwars researchers estimate that more than 700 civilians were likely killed by coalition strikes as the Syrian Democratic Forces surrounded the city. Airwars currently assesses that more than 5,100 civilians have likely been killed in coalition actions in both Iraq and Syria since 2014.

These estimates are only compiled from reporting rated as “fair” by Airwars researchers. This classification requires there to be two or more reliable sources indicating civilian casualties and citing the coalition as having launched the strike, no conflicting attribution (for instance, the presence of Russian or regime strikes), and acknowledgement by the coalition that it did launch strikes in the vicinity on that day. Among accounts monitored by Airwars, more than 1,900 civilian deaths in Raqqa have been blamed on the coalition since June 6, but less than 40 percent was considered “fair.”

Reports of the damage wrought by coalition strikes have been corroborated by investigators on the ground. Researchers from Amnesty International and Human Rights Watch have recently visited the cities, towns, and camps around Raqqa,  and interviewed survivors who all tell similar stories of terrifying air and artillery strikes, as well as Islamic State actions. The UN Commission of Inquiry for Syria has also been able to speak with survivors and witnesses to a number of strikes in the area.

One reason for the disconnect between public allegations and military understanding is the pace of official investigations. The coalition itself has so far finished examining just a fraction of civilian casualty allegations reported in Raqqa since the assault began. Since the latest coalition monthly casualty report was published this month, only three incidents in Raqqa dating to after June 6th had been assessed by the U.S.-led alliance. Another 13 allegations are pending review.  Airwars has informed the coalition of 101 individual alleged incidents at Raqqa for June alone.

Airwars monitoring shows that the civilian death toll in Raqqa is closely linked to the intensity of the assault. Put simply: When fewer coalition bombs fall, fewer civilians are killed. In July, for example, estimated civilian deaths from coalition strikes fell in Raqqa by about 33 percent compared with June. Munitions fired at the city by the coalition also fell by almost exactly the same amount – 32 percent.

Children in particular are suffering in Raqqa. Though some civilians are able to bribe their way out of the city, local monitors like the Syrian Network for Human Rights say children are often marooned with their families. According to UNICEF, thousands remain trapped.

“With no access for humanitarian agencies, the city is completely cut off from lifesaving assistance,” said Fran Equiza, the UNICEF representative in Syria. “Children and families have little or no safe water while food supplies are running out fast.”

At least 150 children have credibly been reported killed at Raqqa since June, with more casualties reported every week by groups like Raqqa is Being Slaughtered Silently. Many of them are named, with photographs posted on social media by surviving family members. Jana al-Hariri, a baby girl, was reportedly killed along with four family members in a raid on July 6; on Aug. 2, one-year old Saad al-Shabshol, was killed, also along with family members; And on Aug. 17, four children from the al-Sayer family were reported killed in an alleged coalition strike. Photographs showed them together in happier times — the youngest no more than a baby.

Four children from the Al-Sayer family, who died in an alleged Coalition airstrike in Raqqa, yesterday. @airwars https://t.co/RODcablUeY pic.twitter.com/giPLlAZP4O

Against this backdrop, Gen. Townsend has been dismissive of deaths he says are not as numerous as widely reported, and in any case unavoidable. In one instance, the general’s comments have preceded the conclusion of the coalition’s own investigations into reported civilian casualty incidents, raising the possibility that their outcome might be influenced. After a coalition raid hit a school building reportedly sheltering displaced families near Raqqa on March 21, Townsend said he thought “that was a clean strike.”

“My initial read is: not credible,” he told reporters on March 28, using the official coalition term for a strike determined to not have killed civilians. Investigators with the UN Commission of Inquiry for Syria later determined that the strike may in fact have been one of the deadliest of the air campaign for civilians. The coalition ultimately concluded that no civilians were killed.

In the most serious criticism of the coalition commander to date, Townsend has been accused by Amnesty International of unlawful action after he recently boasted of the coalition’s deadly firepower at Raqqa.  In early July, the general told a reporter from the New York Times that “we shoot every boat we find” on the Euphrates River.  “If you want to get out of Raqqa right now, you’ve got to build a poncho raft,” he added.

According to local reports, civilians have frequently been killed as they try to escape the city by river, or fetch water from it to drink. In early July, Raqqa is Being Slaughtered Silently reported the deaths of more than two dozen people who were attempting to reach the Euphrates or wells nearby. In its report, Amnesty profiled a 15-year old boy, Mohamed Nour, who attempted to flee the city with a friend in order to avoid being forcibly conscripted by the Islamic State. As they attempted to cross the Euphrates, a suspected coalition strike hit their boat, killing both children and others on board.

“Lt. General Townsend’s statement appears not to take into account the difficulties civilians face in trying to escape the city, as by then it was well known that civilians wanting to flee the city had few options but to cross the river,” Amnesty noted in its report. “Strikes on ‘every boat’ crossing the river on the assumption that every boat carries IS fighters and weapons, without verifying whether that was indeed the case on each separate occasion, are indiscriminate, and as such unlawful.”

Amnesty researcher Ben Walsby, who co-authored the group’s Raqqa report, told Airwars that virtually everyone they spoke with had fled across the Euphrates to escape Islamic State-held areas.

Gen. Townsend’s latest comments have drawn criticism from local groups monitoring the civilian toll. The Syrian Network for Human Rights, which estimates that at least 800 civilians have been killed by coalition operations since June 5, said it would provide the names of those killed to Townsend if he liked. The people behind Raqqa is Being Slaughtered Silently, which has documented the Islamic State’s brutalities in the city for years, tweeted that Townsend’s comments “reminds me of Syrian regime lies same lies.”

U.S. officials have gone to great lengths to tout their care in avoiding civilian casualties. Now, however, those efforts threaten to be undermined by the Raqqa campaign.

“There has been no military in the world’s history that has paid more attention to limiting civilian casualties and the deaths of innocents on the battlefield than the coalition military,” Mattis said while sitting next to Townsend during the Baghdad press conference.

“We’re not the perfect guys,” he told reporters. “We can make a mistake, and in this kind of warfare, tragedy will happen. But we are the good guys, and the innocent people on the battlefield know the difference.” Many of those lucky enough to escape Raqqa told Walsby and his colleagues at Amnesty very different stories.

“For all the technology, the military tactics belong in another century,” he told Airwars. “There is no place for firing battlefield weapons into populated cities in the 21 st century, and this in the future will be looked back on as pretty barbaric.”