Despite at least 84 likely civilian deaths from US actions in Yemen under Donald Trump, public accountability peaked just 12 days into his presidency.

A new Airwars investigation into the ongoing US counterterrorism campaign in Yemen has identified at least 86 civilians likely killed by US actions during Donald Trump’s presidency – though the US military has admitted to no more than a dozen deaths.

Eroding Transparency, researched and written by Mohammed al-Jumaily and Edward Ray, examines US air and ground actions against both Al Qaeda in the Arabian Peninsula, and Islamic State in Yemen, since 2017. More than 230 declared and alleged US military and CIA actions are identified – among them 41 reported strikes in which Yemenis have alleged civilian casualties.

An accompanying public database details every alleged US action in Yemen since 2017 under President Trump. Employing its highly-effective all source monitoring approach, Airwars has significantly reoriented research towards Yemeni voices and experiences. There are some 4,400 unique sources in the new public database, sixty per cent of these in Arabic. More than 140 alleged or confirmed US actions have also been geolocated by Airwars to village-level accuracy.

Eroding Transparency shows that US operations in Yemen – already on the rise during the last two years of the Obama administration – significantly escalated under Trump, with dire consequences for civilian harm. US operations too often lacked both the transparency and accountability standards of other recent US military interventions, and the report identifies a worrying emphasis under Trump of both clandestine and covert activity in Yemen, obscured from public scrutiny.

This escalation was accompanied by a significant loosening of restrictions on how the US military could operate in Yemen: “It seems what happened was that the Trump administration was keen to take the gloves off, as it were, to be what they perceived was tougher on terrorism, and this was one of the first ready-made concepts of operation available,” says Luke Hartig, previously Senior Director for Counterterrorism at the National Security Council during the Obama administration.

When compared with available data on US actions during Barack Obama’s presidency (2009 – 2017), it is clear this initial spike under Trump in 2017 represented a distinct departure from the previous administration. That one year saw a record 133 officially declared US airstrikes and ground actions in Yemen. To put this in context, the total number of publicly declared actions in Yemen during the full presidencies of George W. Bush and Barack Obama, over a 14 year period, amounted to 150 events.

More recently however, Airwars research shows that US counterterrorism activity in Yemen has declined to its lowest reported levels since 2012.

The expansion of US activity during the early Trump presidency resulted in a corresponding increase in likely civilian harm, Eroding Transparency reveals. Of the 86 minimum likely civilian deaths tracked by Airwars, some 93 per cent (80 deaths) arose from reported US actions in Yemen between January 2017 and April 2018. Reported civilian deaths tracked by Airwars in 2017 significantly outstripped alleged deaths in any year during the Obama presidency, as previously tracked by the Bureau of Investigative Journalism.

The estimated minimum civilian deaths from Trump strikes in Yemen include at least 28 children and 13 women, resulting from some 25 declared and likely US actions. At least 63 likely civilian deaths resulted from twenty actions that US Central Command has itself publicly declared. Eroding Transparency emphasises in particular the considerable risks of US ground actions to civilians; alleged or confirmed US ground actions, though accounting only less than three per cent of likely US actions, were responsible for at least 40 per cent of the minimum confirmed or fair civilian harm tracked by Airwars.

Airwars’ new analysis further highlights the extent to which small Yemeni communities have borne the brunt of US counterterror actions. One area of Bayda governorate, roughly 25km in radius, has been the site of almost a fifth of the total likely and declared US actions tracked by Airwars in the past four years – reportedly killing at least 38 civilians.

Yet these likely deaths have gone largely unrecognised by the US military. The US Department of Defense has conceded just four to twelve deaths from a single action – the disastrous US special forces raid in Yakla, Bayda governorate, on January 29th 2017. Just twelve days into the Trump presidency, the admission of civilian harm in that raid constituted the high watermark of accountability for the administration. Yet even this concession was a considerable underestimate, In that same ground raid, Airwars and others assess that at least 20 civilians were in fact killed.

Though President Trump removed civilian harm reporting requirements for the CIA, the Department of Defense is still obliged to report civilian harm from its own actions annually to Congress. Yet apart from the Yakla concession, the Pentagon has admitted to no further civilian deaths or injuries arising from US military actions in Yemen under Donald Trump. In its 2018 and 2019 annual civilian casualty reports to Congress, the DoD instead asserted that it had found “no credible reports of civilian casualties resulting from US military actions in Yemen” for the years in question.

During those same years, Airwars assesses, at least 30 civilian deaths were likely incurred by US actions, including events reported by local advocacy NGOs such as Mwatana for Human Rights.

US Central Command did not respond substantively to Airwars’ comprehensive submission, nine weeks prior to the publication of Eroding Transparency, of more than 1,000 pages of archived source materials, in both English and Arabic, relating to all 41 declared and alleged US actions which had led to local claims of civilian harm in Yemen under President Trump. 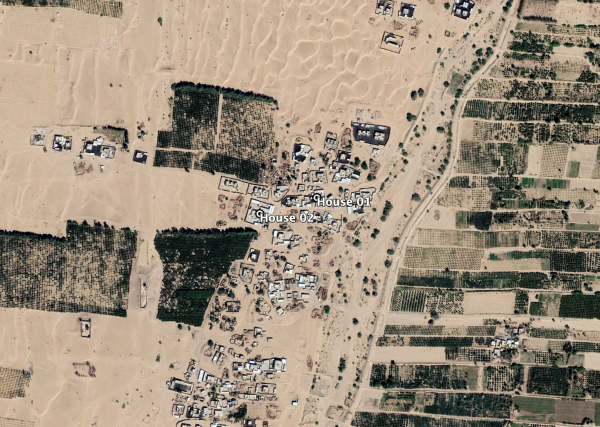 Throughout the US’s lengthy counterterrorism campaign in Yemen, the key focus has been an almost exclusively militarised approach to degrading the Jihadist presence and influence in the country. This began in earnest in 2009, with the US taking the lead in containing AQAP as a result of what it saw as the Yemeni government’s inability to effectively counter terrorism in the country.

Since the inauguration of President Trump, Airwars has tracked a minimum total of 460 militant deaths from alleged and confirmed US actions in Yemen – the overwhelming majority belonging to Al-Qaeda in the Arabian Peninsula (AQAP). A small cluster of strikes are also known or suspected to have targeted so-called Islamic State in Yemen, in October and November 2017. Approximately 60% of the total minimum militant deaths tracked by Airwars, amounting to 242 AQAP or ISIS fighters, were killed in 2017.

Airwars research suggests a subtle focus by both CENTCOM and the CIA on targeting “high-value” targets, with the possible exception of the October 2017 attacks on ISIS-Y training camps, which appear to have been aimed at significantly degrading the group.

According to Yemen expert Dr Elisabeth Kendall, the US’s primary focus on high-value targets has “put al-Qaeda under pressure because they end up being concerned about holding meetings to discuss strategy and iron out disputes… this means that the seeds of doubt and suspicion, both naturally occurring and sown by spies… and are left to fester and you end up with defections and splintering”. Additionally, while previously the group would have had programmes including “educational training, military training, management training,” the recent US campaign had made it almost impossible to run these programmes, says Dr Kendall.

However, the US’s militarised approach may also have thwarted local efforts to control and contain militant groups in Yemen. Given the often porous relationship between AQAP and tribes, the sometimes indiscriminate nature ofsUS strikes has actively undermined efforts by tribal elders to convince their members who have joined AQAP to leave the group in exchange for immunity.

Additionally, deadly US ground raids in 2017, in which dozens of civilians and tribal members were killed, have reportedly alienated local communities and further entrenched distrust and hostility towards US involvement in the country. Eroding Transparency highlights several cases where US actions may have had such unintended consequences. 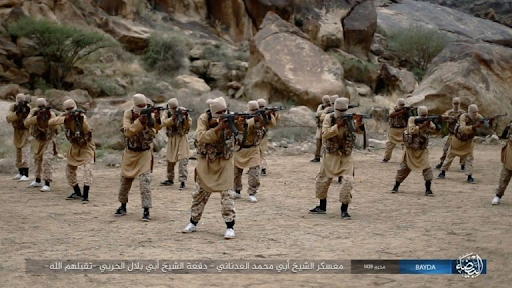 IS-Y fighters training at the Abu Muhammad al Adnani training camp, which was targeted in October 2017 by a US action (ISIS propaganda image)

The future of US actions in Yemen

Though reported US actions have declined in frequency in the latter years of Donald Trump’s presidency, there has also been a marked shift towards covert or clandestine US actions, shielded from public accountability. As Eroding Transparency shows, while CENTCOM itself asserts that it has not conducted any airstrike in Yemen since June 24th 2019, during that same period Airwars tracked 30 allegations of US strikes in Yemen.

Of these 30 incidents, 15 have been assessed by Airwars as likely US strikes based on local reporting. And in three events, all during 2020, admission of responsibility for actions by US officials has in turn indicated those attacks were conducted either by the CIA, or were clandestine US military actions.

At this juncture, the future of US counter-terrorism in Yemen remains unclear. Though Airwars has monitored a clear decline in the apparent frequency of US actions since 2018, Eroding Transparency also highlights a corresponding weakening of public accountability for those actions.