Militants and civilians killed in multiple US Somalia strikes

As many as 21 US military strikes in Somalia since 2007 have killed up to 169 people, new research by the Bureau indicates. Of those killed, between 11 and 59 people are reported to be civilians.

US military intervention in war-torn Somalia is shown to be on a far lower scale than in Yemen or Pakistan. However, US attacks escalated sharply against al Shabaab targets in 2011.

The Bureau has carried out a detailed examination of reports of western military activity in Somalia spanning over more than a decade. These are drawn from credible media, from academic research, from US and UK military and diplomatic records and from other reputable sources.

The research team has sought to untangle often conflicting original reports, and to confirm where possible all incidents. Although over 70 US strikes have been reported since 2007, for example, the Bureau believes that fewer than a third of such claims appear credible.

The findings reveal a complex web of shifting enemies, of invasions and proxy wars, and secretive and deadly US Special Forces attacks.

The Bureau’s database, released today, chronicles more than 50 documented events dating from 2001. These range from surveillance and counter-piracy operations in Somalia, to heavy airstrikes and drone attacks on alleged Islamic militants.

The research reveals that between nine and 21 US counter-terrorism attacks have taken place in Somalia between 2007 and 2012. Between 51 and 169 people are reported killed in these events, mostly alleged militants.

However between 11 and 59 of those killed were reported to have been civilians.

The total number of casualties may be higher.  Some reports simply state ‘many killed’, and other attacks may be unrecorded.

The Bureau’s findings in brief
Although US Special Forces have been active in Somalia since the September 11 attacks, the Bureau’s investigation indicates that US attacks only began in January 2007. Although more than 70 claims of US military strikes have been reported since then, only a smaller number can be fully substantiated.

The US Department of Defense declined to provide corrections and clarification on strikes where original reporting is confused.

During its investigation, the Bureau also examined 56 ‘US drone strikes’ reported by Iranian broadcaster Press TV, which it claimed had killed more than 1,370 people. No corroborative evidence could be found to support these claims, which are reported separately here.

The Bureau’s study shows distinct phases in western military intervention. Just weeks after the terrorist atrocities of September 11 2001, US Special Forces became active in Somalia. There were fears the failed nation might become another Afghanistan, supporting al Qaeda and other transnational terrorist organisations.

Between 2001 and December 2006, that US engagement consisted mainly of a number of covert surveillance operations. In March 2003, for example, US commandos planted a dozen concealed cameras on the Somali coast to monitor militant activity.

The US also carried out extraordinary renditions of an estimated eight terror suspects during this period. The Bureau has so far identified two of the men as Suleiman Abdallah, taken in March 2003; and Mohammed Ali Isse, seized in June 2004.

In this second phase, according to Dr Micah Zenko of the Council on Foreign Relations, such strikes ‘weren’t about shaping Somalia but about going after particular individuals tied to specific terrorist plots, who happened to be there.’

In January 2007, US Special Forces AC-130 gunships struck militant camps up to four times. Between 26 and 61 people died in the attacks – including between 6 and 35 civilians. And in June 2007 the USS Chafee carried out a rare naval bombardment on Islamic militants in northern Somalia, killing a dozen. 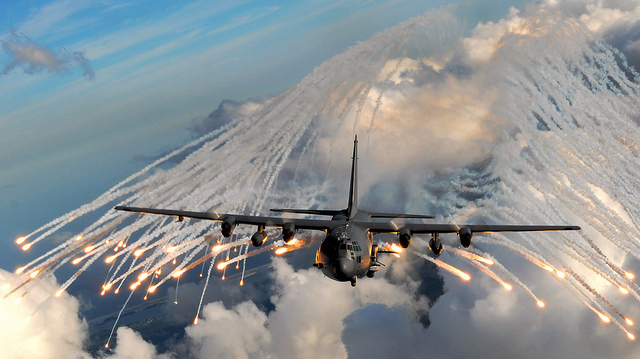 In the third and present phase, which began in late spring 2011, the US began targeting al Shabaab directly, with the militant organisation now perceived as a key threat to US homeland security. As President Obama’s chief counter-terrorism adviser John Brennan spelled out last October:

Al-Qaida traditionally has taken advantage of areas that are wracked by conflict, turmoil and lack of government, it is a safe haven they see to launch attacks… Somalia is one of the most challenging areas of the world because it has this internal conflict, it has such a devastating famine, and it is an area that al-Qaida has tried regularly to exploit.

Drone strikes: 2011 to present
The Bureau’s research shows that, after a reporting gap of 18 months, the US definitively returned to the offensive in Somalia with its first drone strike on June 23 2011. The strike was aimed at senior al Shabaab leaders, though it remains unclear how many – if any – died.

The Special Forces drones – independent from the CIA’s fleet – operate from bases in Djibouti, Ethiopia and possibly the Seychelles. By February 2012 between four and 12 drone strikes had reportedly taken place.

Though the Bureau has striven to untangle confused reporting of western military activity in Somalia, much remains opaque – something the US seems keen to see continue.

‘We cannot provide specific operational details,’ senior Pentagon spokesman Lt Col James Gregory recently told the Bureau. ‘Regarding Somalia, we are supportive of the African Union Mission there and the Transitional Federal Government efforts as they continue to fight terrorism.’

The Somalia data compares with some 316 CIA drone strikes in Pakistan since 2004 which have killed between 2,400 and 3,000 people, according to the Bureau’s data.