A Reckless Disregard for Civilian Lives: Russian airstrikes in Syria

Our analysis of Russian airstrikes in Syria between September 30th and December 31st 2015 found that despite Moscow’s continuing assertions that no civilians have been killed in its ongoing Syrian air war, there were credible indications from open source reporting that to December 31st 2015 only, between 1,098 and 1,450 non-combatants had likely died in 192 separate Russian events. 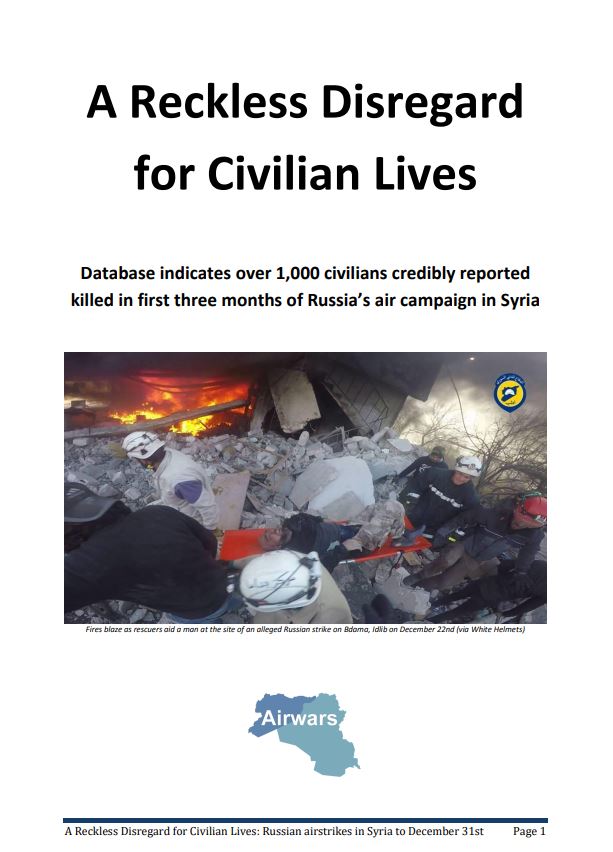