Netherlands airstrikes in Syria: Towards improved transparency and public accountability

Our report submitted to the Dutch Parliament’s Foreign Affairs Committee argued that despite being an advanced democracy with membership both of the European Union and NATO, The Netherlands had also been one of the least transparent partners in the US-led Coalition against ISIS – a situation which has further deteriorated over time. “It is an uncomfortable fact that Saudi Arabia and the UAE have on occasion issued more
information on their anti-Daesh air campaigns than has the Netherlands,” we noted. 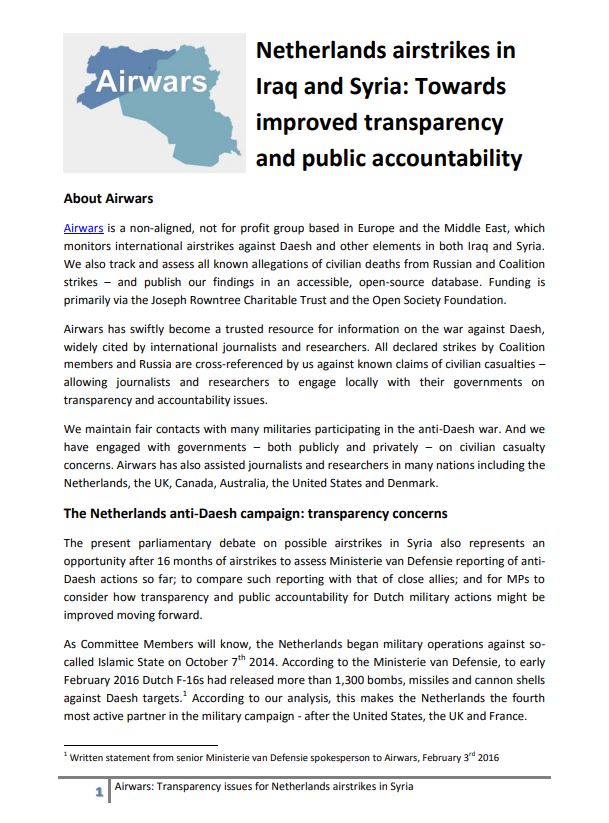