On November 9th, as the world’s media scrambled to come to terms with a Donald Trump presidency in the United States, US Central Command quietly released the largest batch yet of civilian casualty reports from its anti-ISIL operations.

Controversially, among those cases admitted by the US was a strike next to a Syrian mosque which killed at least three bystanders, raising questions about how such attacks are vetted.

The latest US casualty admissions – posted online at 4pm Washington DC time on the day of the election results – list 24 civilian casualty incidents in Iraq and Syria including 64 newly conceded deaths and eight injuries. The release more than doubled the 55 civilian deaths CENTCOM had previously conceded.

The new combined tally of 119 civilian deaths – all admitted by the US – still falls far short of what researchers at Airwars estimate to be a minimum casualty figure of more than 1,800 fatalities in Iraq and Syria.

Some of the deadliest alleged recent incidents have yet to be accounted for, including a series of attacks during the Coalition-backed summer campaign to capture Manbij in Syria. While there are nine admitted deaths from four US strikes near Manbij included in this latest CENTCOM admission, that figure is still far below most public estimates.

In October, Amnesty International released its own detailed investigation into Coalition strikes in Syria which determined more than 100 civilians had died in just three attacks during the Manbij campaign, including at least 73 non-combatants in a strike on al-Tokhar on July 19th. CENTCOM says it is still investigating those allegations. But US officials have already hinted they don’t believe widespread local reporting or Amnesty’s account, telling the Washington Post’s Missy Ryan that only “about 10 civilians may have died” at al-Tokhar.

In one case CENTCOM has now conceded, it says ten civilians died in a US airstrike on Mosul on March 5th 2016. While that tally is the largest so far admitted to in a single event, the true number of those killed that day is likely to be far higher.

According to multiple reports at the time, at least 21 civilians died in the Mosul attack – all of them named. They included Ghazala Ali Fathi Zeidan, her husband and their three children. As NRN News reported on the day, “the Coalition targeted an old industrial plant in eastern Mosul, killing 10 Daesh militants… Our correspondent also said that the bombing killed and wounded more than 20 civilians from displaced families from western Sunni areas, who were living in the buildings.” 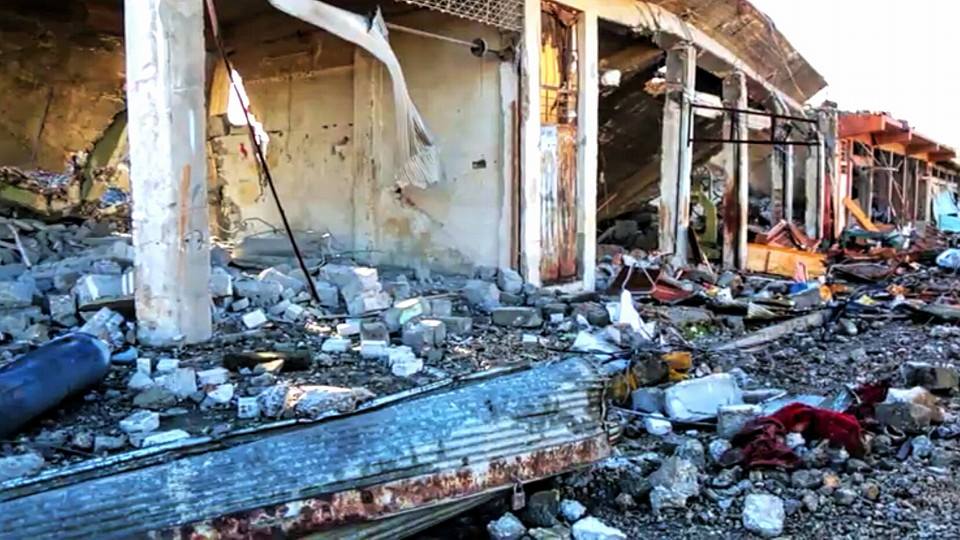 Destruction in an industrial area of Mosul following a US air raid on March 5th, 2016. The attack killed as many as 21 civilians, though CENTCOM concedes only ten deaths. (Picture courtesy of NRN News)

Departing from previous releases, CENTCOM says its latest disclosure has for the first time made use of “an exhaustive review of reports from outside sources from news media reports, non-governmental organizations and other U.S. Government departments and agencies.” Journalists were told that Airwars itself was one of those sources.

For casualty monitors this is seen as an important step – one which they have long pushed for. While the US stands alone in admitting to casualties among foreign powers bombing Syria and Iraq – including Russia and other members of the Coalition – human rights advocates say published US accounts are still missing important legal context.

“In some cases, DoD [Department of Defense] has reviewed and assessed their attacks to be lawful even while acknowledging civilians were killed. But we don’t know how they came to those conclusions, and basic details are missing from their explanations,” said Naureen Shah, Director of Amnesty International USA’s Security and Human Rights Program, in an interview with Airwars.

“They are not providing their assessments in any way that we could evaluate from an international humanitarian law perspective,” she added

An April 1st 2016 strike on Raqqa in Syria highlights such concerns. CENTCOM says a US raid targeting an “ISIL tactical unit” in the city is now assessed to have killed three civilians “after entering the target area after the aircraft released its weapon.”

That scenario – of civilians appearing shortly after a bomb has been dropped – is commonly cited by CENTCOM, and was noted in 13 of the 24 summaries issued on November 9th. However, local reports already compiled by Airwars indicate that the April 1st raid on Raqqa may have been reckless.

One account from Bas News said the strike was aimed at two cars belonging to members of ISIL, but targeted them “after Friday prayer near al Nour mosque”. While three senior terrorist leaders were reported killed, civilians also died.

Pictures posted by Raqqa is Being Slaughtered Silently show the attack took place on a narrow street, immediately between the mosque and other buildings, and destroyed five or more vehicles. The monitoring group named one innocent victim as Hamidi Abboud al Hamidi – with some accounts putting the civilian death toll as high as five, with 30 more injured. 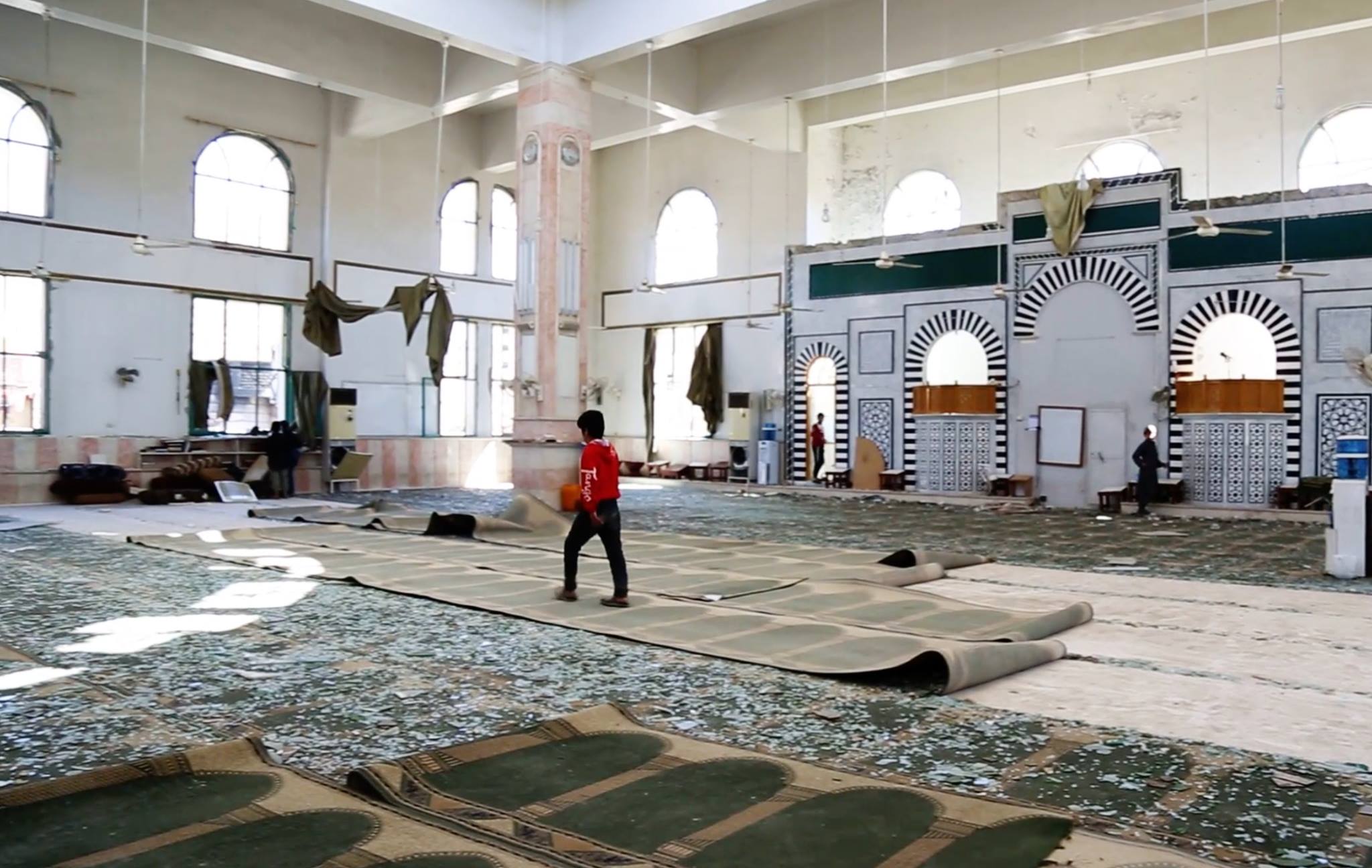 Interior of the al Nour mosque covered in broken glass, shortly after a US airstrike on April 1st 2016, (Picture courtesy of Raqqa is Being Slaughtered Silently)

Attacks on mosques and other places of worship are generally prohibited by the laws of war. According to Pentagon policy guidance, “No-Strike entities are those designated by the appropriate authority upon which kinetic or non-kinetic operations are prohibited to avoid violating international law, conventions, or agreements, or damaging relations with coalition partners and indigenous populations.” These include religious buildings, though it is unclear if the al Nour mosque in Raqqa had been specifically listed for protection by the Coalition.

CENTCOM now says that the April 1st attack was not pre-planned but instead a “dynamic strike that strictly adhered to all our civilian casualty processes and complied with the Law of Armed Conflict.”

“Unfortunately, civilians appeared in the target area after the weapon was released and we did not have an opportunity to ‘shift cold’ the weapon elsewhere,” a spokesperson told Airwars.

Given the location and timing of the attack, question marks remain about how aware US forces were of the immediate environment. This was an area where civilians were likely to be present around Friday prayers – and where multiple other vehicles with unknown occupants were less than a car’s length from the reported target, along a narrow urban street.

The exact US military calculus used to determine the basis for such controversial airstrikes remains unclear. 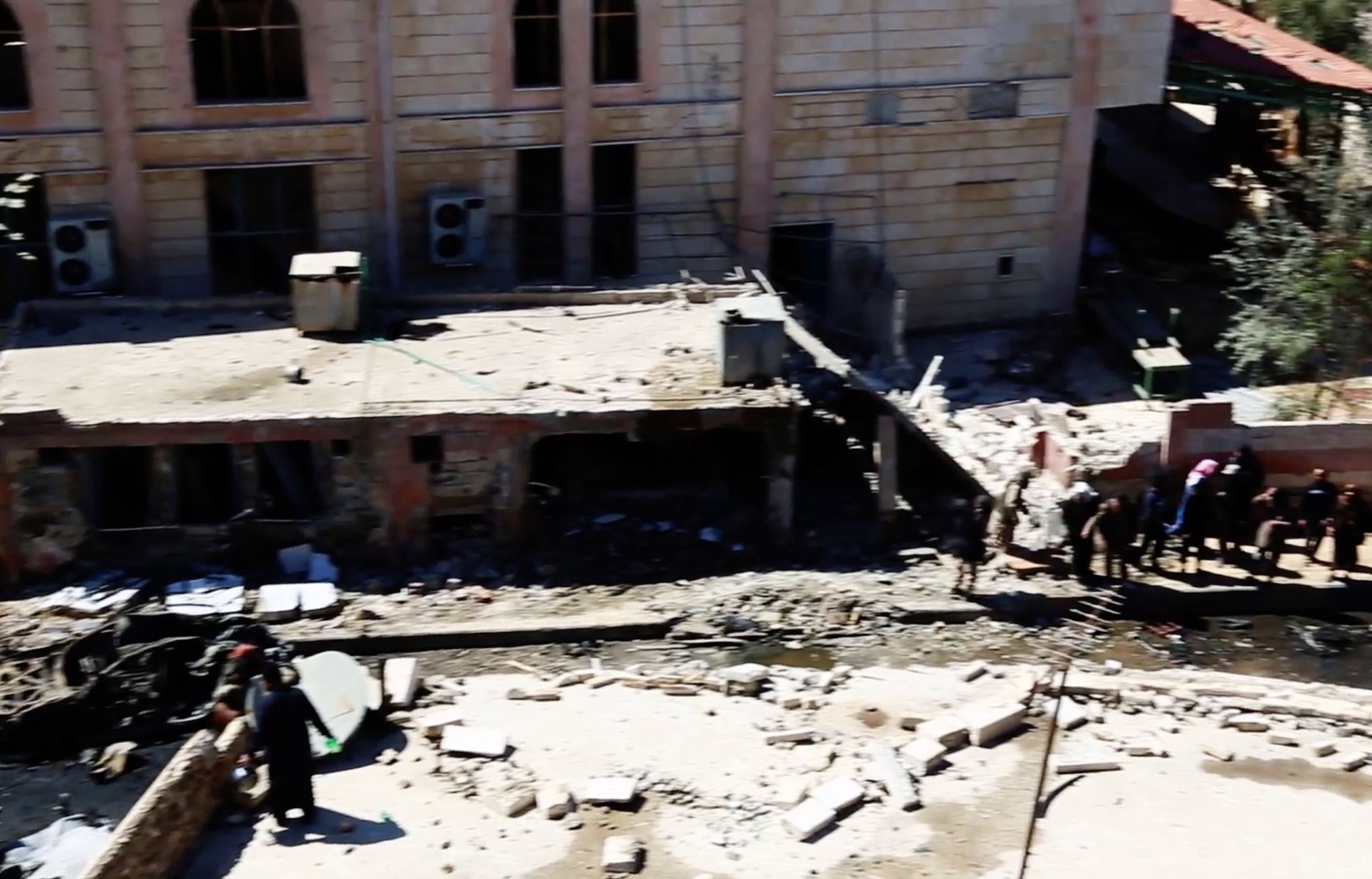 As locals look on at the destruction left by a US airstrike, the al Nour mosque’s distinctive windows can clearly be seen immediately behind (Picture courtesy of Raqqa is Beng Slaughtered Silently)

No hurry to declare

Airwars has now conducted an assessment of all 24 new events conceded by CENTCOM on November 9th, to track military claims against the public record.

Analysis shows the US is still in little hurry to declare civilian deaths. The average time between a non-combatant being killed and the US publicly admitting the fact remains roughly five months – a decrease of about 20 days on average compared to previously released incidents, but still significantly longer than what human rights monitors consider reasonable. The most recent event took place on September 10th in Raqqa, Syria. “During a strike against an ISIL target, it is assessed that five civilians were killed,” CENTCOM now says.

Even so, the US remains the only member of the 13-nation Coalition to have conceded any civilian casualties after 26 months of war – despite more than 3,600 airstrikes to date by the US’s allies across Iraq and Syria.

As with previous releases, around half of the events in the latest batch of US casualty admissions were never publicly reported at the time. For example CENTCOM reports that one civilian was killed in a September 7th strike near Deir Ezzor after “entering the target area after the aircraft released its weapon.” A lack of outside reporting at the time indicates this assessment was likely based entirely on video taken from the aircraft, along with any related battlefield intelligence available.

While these unreported cases show that US pilots and analysts are coming forward internally to report their concerns, they may also indicate that civilian deaths are being significantly under-reported – particularly in Iraq, where there are fewer monitors working to document civilians killed by the fighting.

In those admitted incidents which had been reported at the time, public accounts often differ wildly from US military claims. April 9th strikes on Mosul telephone exchanges and banks killed anywhere from two to 67 civilians according to locals. The US itself now admits that “during a strike against an ISIL tactical unit, it is assessed that one civilian was killed after entering the target area after the aircraft released its weapon.“ 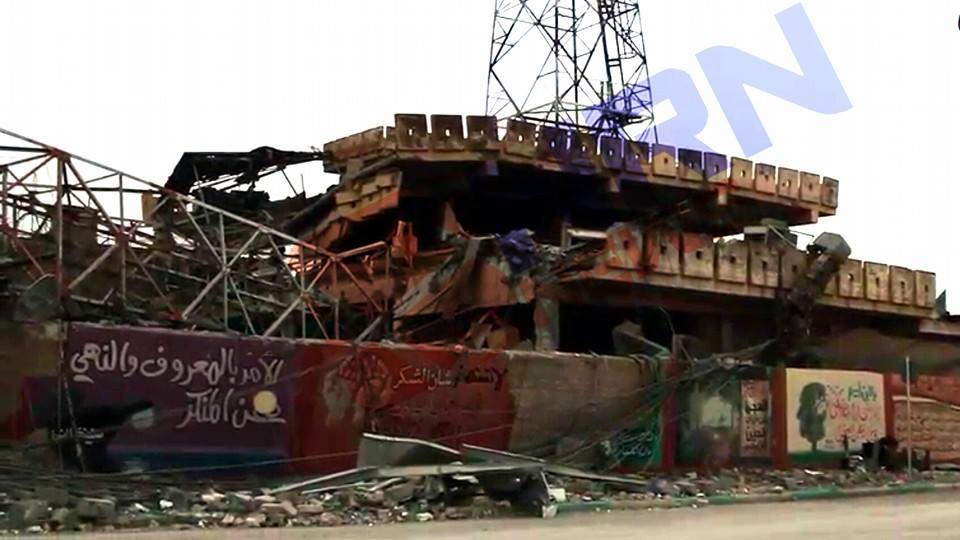 One of at least four telephone exchanges destroyed in co-ordinated airstrikes on Mosul on April 9th. Anywhere from 1 to 67 civilians died. (Photo courtesy of NRN News)

The US has also conceded that it was in fact responsible for at least eight civilian deaths in Syria, which were blamed  at the time on Russia.

A US raid led to the deaths of five civilians and the injuring of three others near Deir ez-Zor on November 20th 2015, CENTCOM now admits. A year ago that attack was widely held to be the work of Russia.

More civilians were killed by the US near Raqqa on June 21st 2016. As CENTCOM now notes, “During a strike targeting an ISIL headquarters building, it is assessed that three individuals were killed after entering the target area after the aircraft released its weapons.”

That toll is far below the 32 civilians – including 21 named by Raqqa is Being Slaughtered Silently – that locals said were killed.

Several media reports from the time blamed the attacks on Moscow – and it remains possible that both US and Russian airstrikes killed civilians in Raqqa that day since multiple sites were hit. The confusion underscores the challenges in monitoring airstrikes in Syria today – where the Coalition, Russia, the Syrian regime, Iran and Turkey all carry out attacks.