Libya witnessed an uptick of airstrikes in September as the Libyan National Army (LNA) air force, back by the United Arab Emirates, increased its campaign to seize areas of the country still outside its control. Local sources claimed 230 air and artillery strikes, of which 141 were either conducted by the LNA or the UAE.

However, the heavy bombing did not lead to more civilian casualties than in the previous month. Between 14 and 15 civilians were reportedly killed and another 29 to 36 injured. In August between 62 and 71 civilians had been reported killed. That decrease can be explained by the absence of major civilian harm events.

In the worst known civilian harm event in September, between three and four civilians were reportedly killed by an LNA/Emirati airstrike on the Al Qalaa neighbourhood of Murzuq.

Altogether, LNA/UAE strikes led to four or five alleged civilian deaths. Strikes by the Government of National Accord (GNA) and Turkey led to six civilians deaths. Other incidents were caused by unknown belligerents, or by indiscriminate artillery shelling – the source of which is contested between the GNA and LNA.

In another major development, the US conducted four airstrikes in Libya between September 19th and 29th, its first officially declared actions since November 2018. AFRICOM said the strikes killed 43 ISIS fighters in Libya’s south, apparently degrading their capabilities to operate in the country. 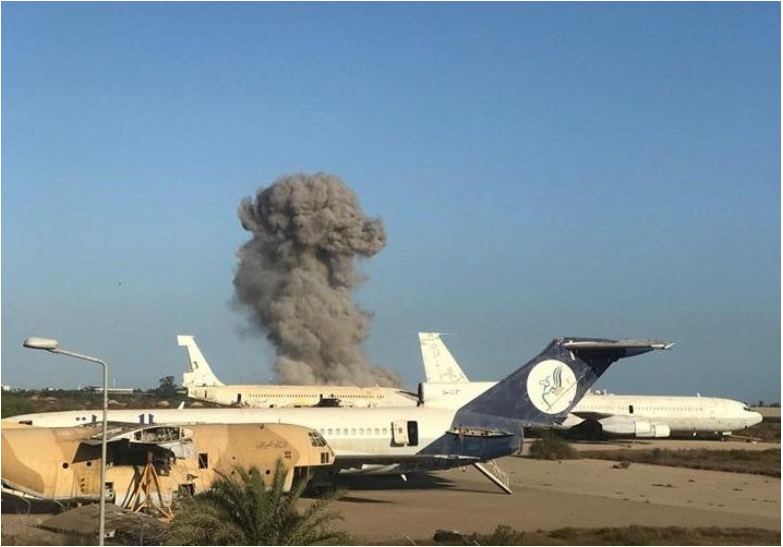 After four months of heavy bombardment, civilians trapped in Idlib governorate finally saw some respite during September thanks to a Moscow-brokered ceasefire which came into force on Saturday August 31st. This resulted in an immediate and drastic decline in allegations of civilian harm.

Airwars tracked just five casualty events reportedly carried out by Russia or the regime during September – compared to 109 in August. This is the lowest number of events tracked since May 2019. Across these five events, five civilians were claimed killed with nine or ten more wounded. All but one of the events were in Idlib governorate.

However, while allegations against Russia all but ceased, claims against the Syrian regime continue to surface in both local and regional media sources, with reports suggesting that Russia was providing reconnaissance support to the regime’s alleged attacks on rebels and civilians.

The second week of September saw a resumption in civilian harm allegations against Russia, with the first coming on September 10th. An alleged Russian airstrike killed an elderly displaced civilian man in the village of Duhr in Darkush area. The Syrian Network for Human Rights named 76-year-old Ahmad Eisa al Musa as killed, adding that the victim died when Russian warplanes fired missiles near a building sheltering IDPs. Ahmad Eisa al Musa’s son Abu Anas told Al Quds: “We were asleep at midnight when we heard the sound of a rocket that fell 50 meters away from us. Everyone came out but my father was late being sick and couldn’t walk easily.” 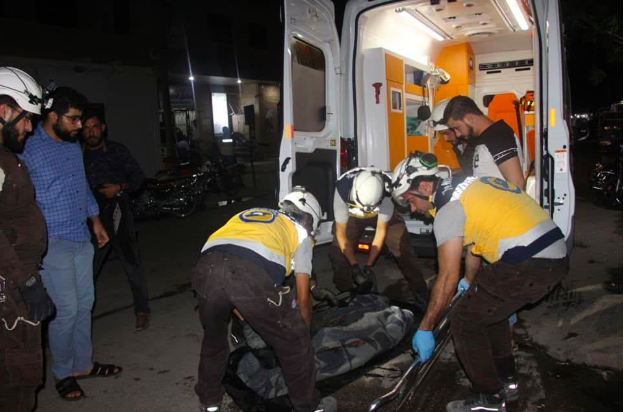 Syrian Civil Defense forces carrying the body of Ahmad Eisa al Musa, killed by an alleged Russian airstrike at around midnight between September 10th and 11th (via Syrian Network for Human Rights).

There were two events on September 12th. In the first, one woman was killed in alleged Russian or regime airstrikes on Sarja, Idlib according to a single source, the Shaam News Network.

The second event that day – and the worst of the month – occurred in Ma’aret Al Nu’man, Idlib. Two civilians including a child died and five or six others were injured in alleged Russian or regime strikes. According to the Syrian Observatory for Human Rights, “shelling carried out by regime forces stationed in Khan Sheikhoun” killed a child and injured six other civilians. The little girl was named as Islam Sadir. Sources published very graphic images of burnt bodies. 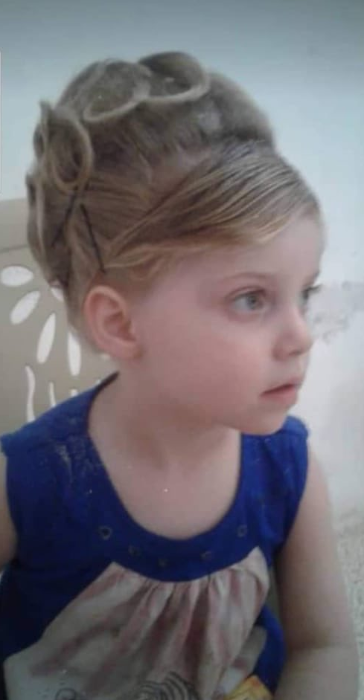 The following day, September 13th, one civilian died due to his injuries after an alleged Russian airstrike on the village of Aynata on the Al Rouj plains, Idlib, according to the Syrian Observatory for Human Rights. The Step News Agency added that civilians were also wounded, though it gave no numbers.

Additionally, there was one casualty event in Banes, Aleppo on September 15th. Several civilians were wounded after the explosion of a cluster bomb that was allegedly dropped by Russian warplanes, according to a single source, @so_ria98.

Between September 1st and 30th, the Coalition reported 28 strikes in Iraq – four more than August’s 24 strikes. It reported no multilateral actions in Syria for the month. However additional ground operations and unilateral US actions also continued.

According to AFCENT, 137 munitions were dropped on Iraq and Syria from the air in September by the US-led Coalition. This represented a 37% drop on the 218 released in the previous month. 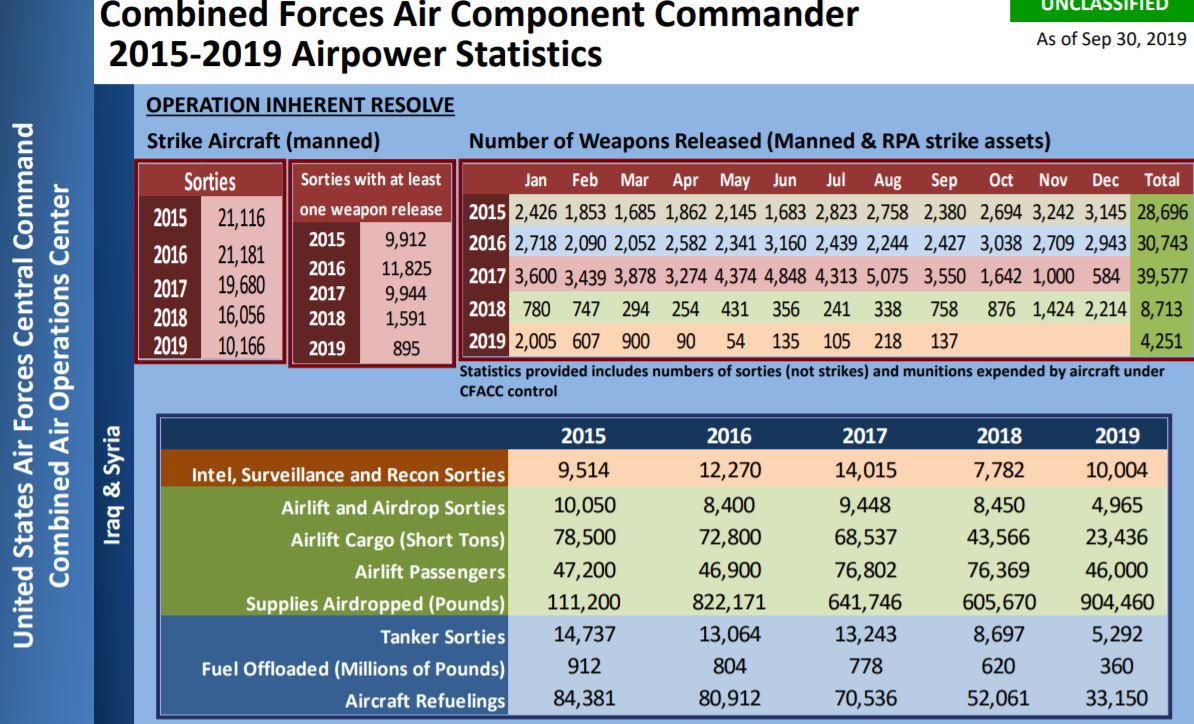 Airwars tracked five civilian casualty events allegedly linked to the US-led Coalition in Syria during September – the same number as linked to Russia in Syria. This was two more events than during the previous month.

Currently, we assess three of these five events as fairly reported, and likely killing between three and five civilians. The first event occurred on September 4th. Local media said that one child, Ali al-Ahmad, was alleged killed at dawn during a landing operation carried out by the international Coalition in between the towns of Maizeela and the village of Marat on the road Deir Ezzor, and the province al-Hasakeh. The operation was reportedly accompanied by a military convoy believed to be from the SDF. Three other civilians were said to have been arrested.

On the same day (September 4th), two civilians were reportedly killed during another landing operation by Coalition forces. According to Asrar7days, US occupation helicopters carried out an aerial landing by the lake of Al-Bassel dam towards the east, reaching Wadi Al-Raml and another in Al-Haddaja village. The source noted that this came “amid fear and panic among the residents.”

There was one further event on the morning of September 19th in Al Zur, Deir Ezzor when two unidentified men were killed by an alleged Coalition drone strike, according to local sources. Deir Ezzor 24 said the men were masked and on a motorcycle when struck, though their combatant status was unclear. Activists told Smart News that it was not possible to identify the victims because their bodies were burned, but that they were  “most likely to be two members of the Islamic State”. Ain Hasaka claimed that activists later revealed the identity of one of the dead as  Abboud al-Fahad, a close relative of ISIS leader Hammam al-Tayyana.

#D24:
Two masked men riding a motorcycle were targeted by an aircraft believed to belong to the coalition in #Azzir village near #AlBassirah city east of #DeirEzzor. pic.twitter.com/0s3MekoKmu

Deir Ezzor 24 footage of the aftermath of the strike on a motorcycle in Al Zur, Deir Ezzor, Sept 19th. The combatant status of the two adult male victims was unclear.

US Africa Command declared that it had conducted six airstrikes in Somalia on al-Shabaab during September – up from one in the previous month. It told Airwars that it currently assessed that no civilians had been killed or injured in these strikes.

A strike on September 17th killed two claimed al-Shabaab terrorists in Lower Juba Province. And in another incident not previously declared by AFRICOM, officials later confirmed to Airwars that they had conducted a strike in the lower Shabelle on September 24th, targeting “one al Shabaab associated vehicle”.

Two strikes also occurred on September 30th. In the first, the US military conducted an airstrike in self defence against an al-Shabaab IED attack on Baledogle Military Airfield (BMA) complex in Baledogle, US Africa Command reported. Ten terrorists fighters were killed and one vehicle destroyed. The second September 30th strike occurred in Qunyo Barrow, reportedly killed one al Shabaab fighter.

It is not known how many actions the CIA conducted in Somalia during the month, if any.

CENTCOM told Airwars that there were no US military strikes during the month of September in Yemen. The last declared CENTCOM action was on June 24th 2019 in Al Bayda province.

It is not known how many actions the CIA conducted in Yemen during the month, if any.

There were no publicly alleged CIA strikes in Pakistan against either Al Qaeda or the Taliban during September. The last such alleged strike was in August 2018.

In September the Coalition admitted the deaths of 22 additional civilians and the injuries of 11 others, over seven separate incidents – four of which were Airwars referrals. This included one mass casualty incident, in which the US admitted to killing 16 civilians in a strike in al Shafa, Iraq in April 2017. Local media at the time alleged that the 16 that had been killed were part of the same family.

“The Coalition conducted 34,573 strikes between August 2014 and the end of August 2019. During this period, based on information available, CJTF-OIR assesses at least 1,335 civilians have been unintentionally killed by Coalition actions since the beginning of Operation Inherent Resolve,” their report read.

The Coalition has now admitted civilian harm in 326 individual events across Iraq and Syria.

▲ Smoke rises over the centre of Tripoli following an alleged Libyan Air Force strike on the headquarters of the Nawasi battalion, Sept 27th 2019 (via @LYyWitness)