Five more Afghan strikes the US should apologise for

Contrition over Kabul strike must prompt further review of hundreds more events in which civilians were likely killed by US actions.

The final drone strike of the US occupation of Afghanistan killed up to 10 civilians, including seven children. That is not our opinion, but the determination of the US military.

On September 17th, after separate investigations by The New York Times, The Washington Post and CNN, a contrite head of CENTCOM, the part of the US military responsible for Afghanistan, admitted a “tragic” mistake. General McKenzie said the August 29th attack, initially described as a “righteous strike” against the Afghan branch of the Islamic State, had in fact killed 43-year-old aid worker Zemari Ahmadi and his family outside their home.

The apology won’t ease the suffering of those remaining family members, but it does at least open the door to the possibility of solatia payments to support them through the coming years. For the US, this incident ought to lead to some soul searching – with a fresh investigation launched into the failings of the initial probe.

Yet this contrition has been the exception rather than the rule in US operations in Afghanistan, with thousands of civilians credibly reported killed by US actions since 2001. The former head of NATO’s civilian casualty assessment team now says that “civilian casualty investigations in Afghanistan were strongly weighted against finding sufficient evidence for an allegation to be recorded as credible.”

There are many specific reasons why this final incident garnered more attention. It occurred in relatively easily accessible Kabul, at a time when many foreign journalists were visiting the city to cover the American withdrawal. Mr Ahmadi also worked for a US aid organisation that was willing to vouch for his reputation. All these factors led to intense pressure on the US military to respond quickly to the allegations it had killed civilians.

Sadly the vast majority of civilians killed by the US in Afghanistan never receive the same attention, or apologies.

A recent Airwars investigation found that overall, at least 22,000 civilians have likely been killed by US airstrikes during the ‘war on terror’ since 2001. At least 4,815 of these fatalities were in Afghanistan, though that number could be far higher. Only a fraction of these events have received official US recognition. Many families can wait months, or even years, for a reply. Most never hear back. 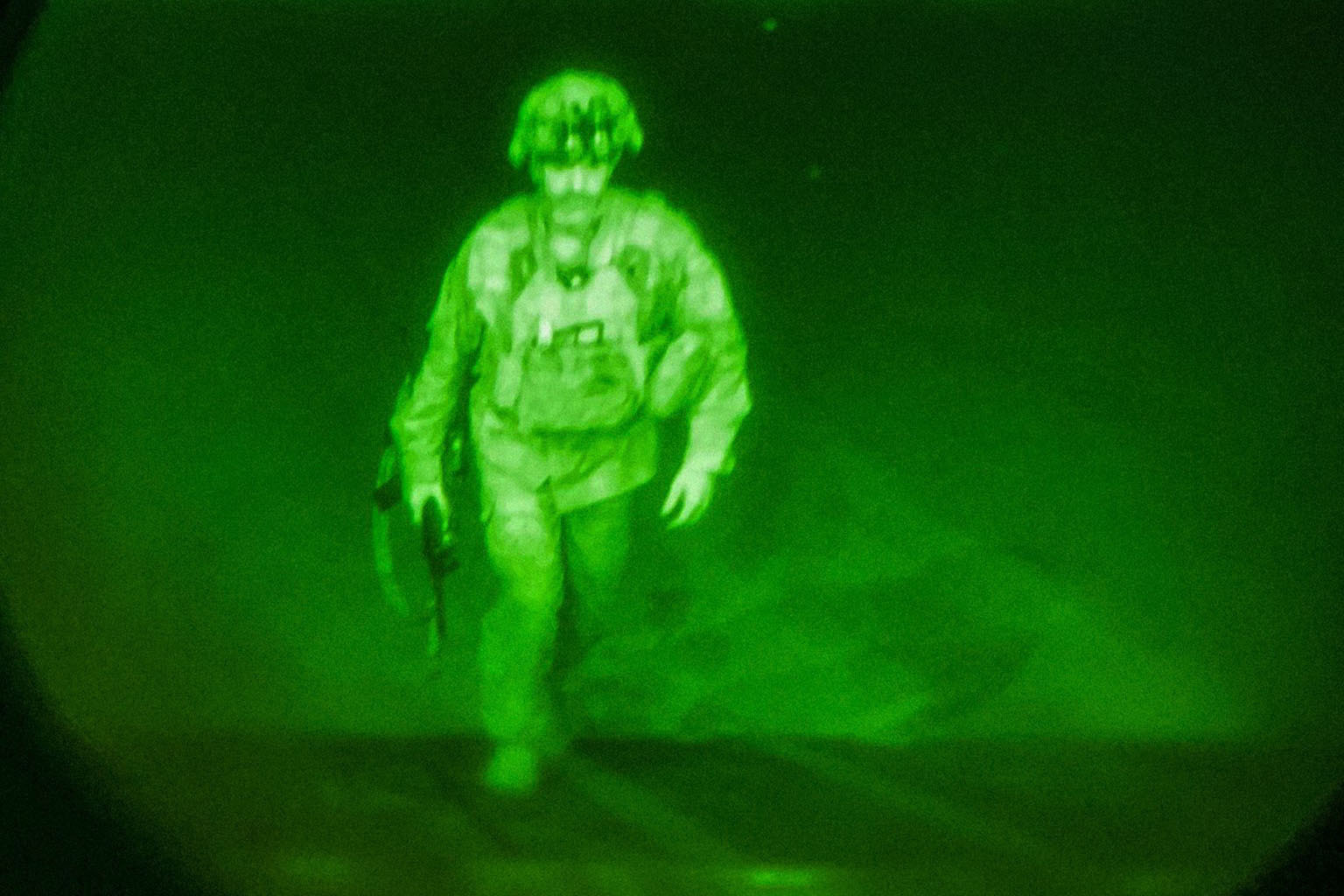 Amnesty International, calling for a fuller investigation into the Kabul strike, pointed out that “many similar strikes in Syria, Iraq, and Somalia have happened out of the spotlight, and the US continues to deny responsibility while devastated families suffer in silence.”

Here are just five examples of Afghan families still waiting for justice after losing family members to alleged US strikes in recent years. Many were originally investigated by The Bureau of Investigative Journalism’s Drone Warfare project, which ended in 2020 and whose archives are now curated by Airwars.

In the early hours of March 9th 2019, Dr Nazargul Khan and his children were sleeping in their village in the Hesarak district, Nangarhar province – around 30 miles east of Kabul. Suddenly their home was ripped apart.

“The first bomb that was dropped was on my cousins who were sleeping in the next room,” Waheeda, 14, Nazargul’s oldest child, told Al Jazeera. “My father got up and went to their room but by the time they reached the room another bomb was dropped on my father, sisters, and mother.”

In total twelve members of the Khan family, including Nazargul and nine children, died that night in an alleged US strike.

Despite the testimony of Sherif and Waheeda, the US has not accepted causing the civilian harm. Instead, it designated the allegations “possible” and closed the investigation, leaving the survivors with no clear answers and no route to seek compensation or justice.

On November 24th 2018, the village of Loy Manda, ten miles outside of Lashkar Gah in southwestern Afghanistan, found itself on the frontline as Afghan government forces – backed up by their American allies – battled the Taliban.

As a column of Afghan and US Special Operations forces moved into the area, the Ishaqzai family huddled in their home. In an apparent attempt to hit Taliban fighters moving through the area, the US called in an airstrike, witnesses told The Bureau of Investigative Journalism. A father and son were killed and 13 members of the extended family injured, 10 of them children.

The US military later admitted that four civilians were injured in a strike in Helmand on this day in their annual report on civilian casualties. This is believed to be a significant undercount.

On the evening of September 22rd 2018, the inhabitants of the village of Mullah Hafiz, in Wardak province, were alerted to the sound of an operation in progress. Explosions ripped through the town as soldiers swept in for a raid on a Taliban prison.

Masih Ur-Rahman Mubarez was in Iran for work but his wife and all their seven children, alongside four young cousins, were killed in an airstrike. His youngest was just four years old.

“Our life was full of love,” Masih told The Bureau of Investigative Journalism (TBIJ). 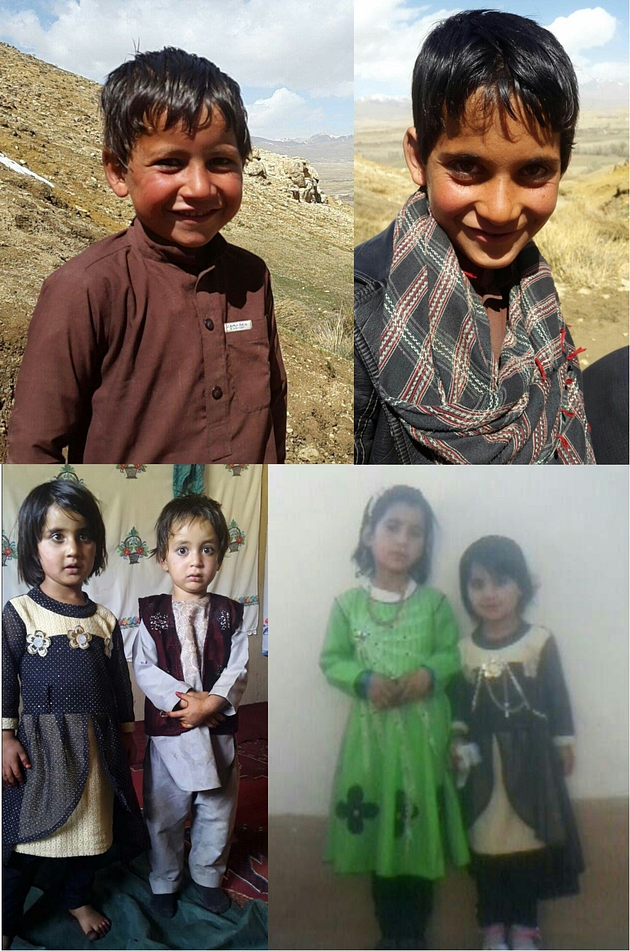 Image compiled by Bureau of Investigative Journalism. Clockwise from top left: Masih’s children Mohammad Elyas (8), Mohammad Wiqad (10), Fahim (5), Samina (7) and Mohammad Fayaz (4) all died in the strike, alongside their two elder sisters, Anisa (14), and Safia (12), and their mother Amina (32). (Fahim appears in both photos in the bottom row)

Initially the US repeatedly denied it had bombed Masih’s house, or even that any airstrike had taken place in the area. Later after The New York Times and researchers from TBIJ investigated further, the military admitted that it did conduct a strike in that location, saying it was “possible, although unlikely, civilians died.”

On the 28th of September 2016, 15 Afghans were killed in a single US drone strike in the province of Nangarhar, east of the capital of Kabul, according to the United Nations.

The US said it struck militants from the so-called Islamic State, describing it as a “counter-terrorism” strike. The UN said it had hit a gathering of residents welcoming a tribal elder returning from religious pilgrimage to Mecca. The UN did acknowledge reports that IS fighters were among the dead but said the majority were civilians including “students and a teacher, as well as members of families considered to be pro-government.” Haji Rais, the owner of the house hit, lost his son in the strike.

The day after the strike, the then-spokesman for the US military in Afghanistan, Brigadier General Charles, told The New York Times the allegations of civilian casualties were being investigated. “We continue to work with Afghan authorities to determine if there is cause for additional investigation,” he said.

In the early hours of the morning on May 24th 2019, an alleged US airstrike struck a building in Shib Koh district, Farah province, which runs along the border with Iran in western Afghanistan.

Abdul Hamid and Abdul Rahim were colleagues and had decided to stay the night at the offices of the emergency aid NGO they worked for. At approximately 1:20 am the building was leveled, with the two men killed instantly.

Abdul Rahim was 22 and had married just a month before his death. He worked as a supervisor at the charity, which he had joined relatively recently. One colleague said of him: “He was such a softly spoken person. He was a very good man with the best manners.”

The US military ultimately deemed the allegations of civilian harm “possible”, a phrasing neither accepting nor denying responsibility.

CENTCOM, the part of the US military responsible for Afghanistan, had not replied at publication of this article to requests from Airwars seeking updates about its investigations into these five cases.

In the years before the final American soldier left Afghanistan last month, the US had relied increasingly on airpower. In 2015 there were about 500 US strikes. By 2019 that figure was more than 7,000. That year the United Nations documented the highest number of civilian fatalities from airstrikes since they began recording in 2009, most of them by US aircraft.

However, the US military officially accepted only a fifth of the civilian deaths attributed to it by the United Nations in 2019. Allegations are frequently determined as either “not credible” or “disproved”. Often this is based on the military not having sufficient information to fully investigate.

“There has been a lot of hand wringing and convenient blaming of intelligence over the past weeks,” says Mark Goodwin-Hudson, who in 2016 as a Lieutenant Colonel headed NATO’s Civilian Casualty Investigation Team in Afghanistan. “The killing highlights how shallow and misleading the assumption is that war can be conducted successfully from over the horizon. It doesn’t matter how accurate a modern weapon system is if the intelligence that underpins the strike is flawed.”

“In my experience civilian casualty investigations in Afghanistan were strongly weighted against finding sufficient evidence for an allegation to be recorded as credible,” Goodwin-Hudson added. “In some instances, investigators were denied access to mission critical intelligence, as it was deemed too sensitive to be read by anyone who was not already in the classified compartment that had planned, authorised and implemented the strike in question.”

For the families of those left behind, the mechanisms of getting official recognition that their loved ones were innocent was complicated enough before the US withdrawal. For many it may now be all but impossible.