Airwars has launched an interactive population density map of Ukraine, providing vital support for researchers and others seeking to understand the human impact of the war.

The fully interactive mapping is available here or by clicking on the map below.

The data, sourced by the WorldPop initiative from different academic institutions, dates from before Russia began its invasion of Ukraine on February 24th. 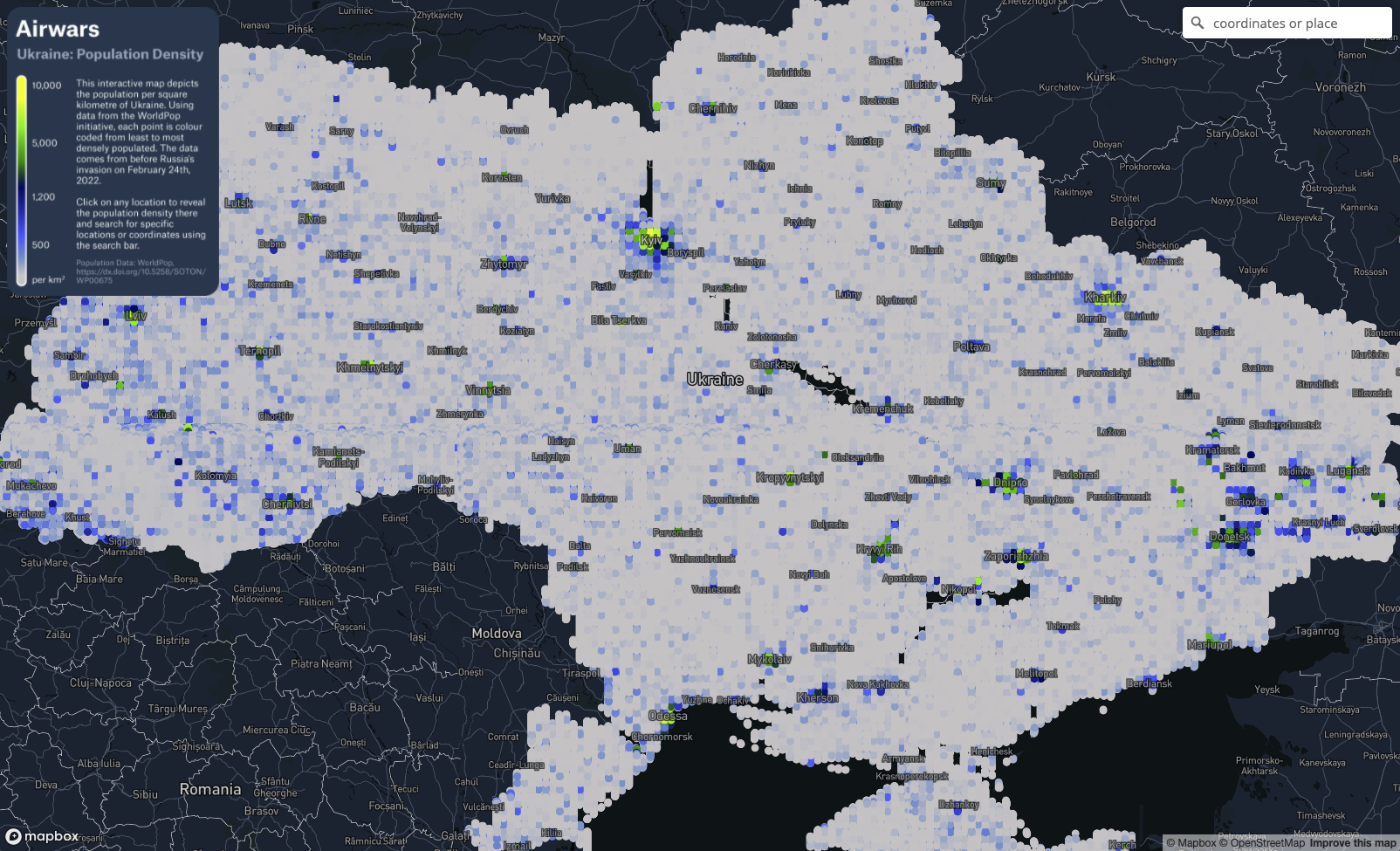 As such it doesn’t yet reflect more than 600,000 of Ukraine’s population of 44 million who have so far fled the country, or perhaps millions of others who have been internally displaced. It nevertheless provides a clear understanding of where civilians are clustered during this war.

Users can locate specific areas using the search box, or enter specific coordinates to find an exact location. In each area it will show the population per square kilometre. The map includes all parts of Ukraine, including those areas under the control of Russia and its allies since 2014.

Still an early version, the amount of data underpinning the map means it can be a little slow. While it is likely to be refined by Airwars in the coming weeks, we are keen to publish it quickly as a tool for those documenting Russia’s ongoing invasion.

The size of local civilian populations has long been recognised as a critical determinant of how many civilians are likely to be harmed in a war.

According to Action on Armed Violence, when explosive weapons are used in rural areas around 25 percent of people killed and injured are civilians. In densely populated areas that figure rises to around 90 percent. Airwars has documented this phenomenon in multiple conflicts including the 2021 war in Gaza, where we showed that civilian harm was majorly clustered in the most populated neighbourhoods. 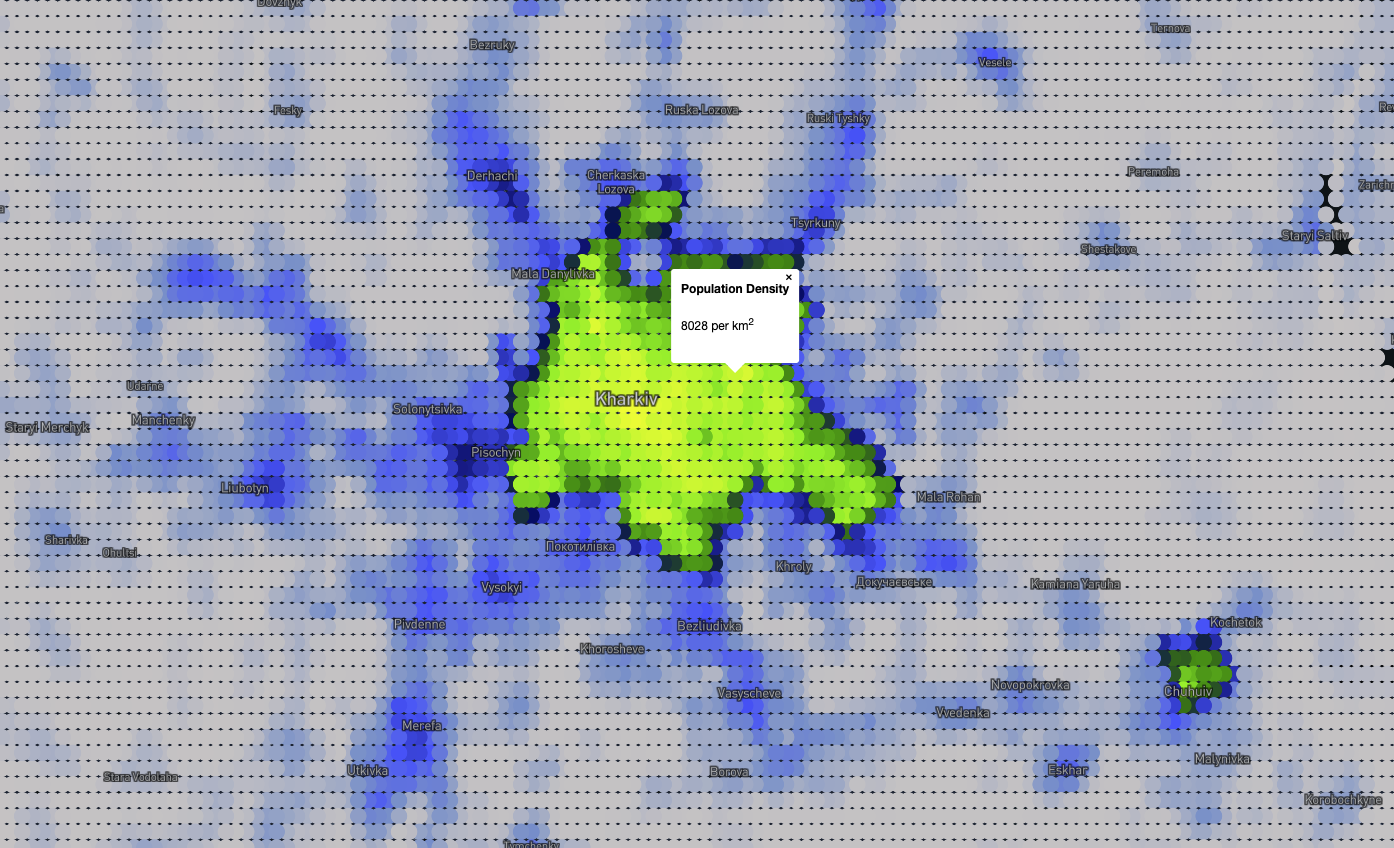 Using the map researchers can zoom in on individual areas

Recent days have seen growing evidence of Russian forces surrounding Ukrainian cities and then striking with heavy artillery, rockets and other largely indiscriminate weapons. This is among the most dangerous tactics for civilians, who are often trapped in their homes within heavily populated neighbourhoods. Russian forces have previously employed similar tactics in Syria, killing thousands of civilians according to Airwars monitoring since 2015.

Ireland is presently spearheading an international, UN-backed campaign encouraging states to sign up to a Political Declaration aimed at limiting the use of explosive weapons with “wide area effects” in populated areas. Russia has not yet supported it, but neither has the United States or other major military nations.

A final point – this mapping was built as a tool for those seeking to understand the civilian impact of Russia’s war. Researchers, journalists and others seeking further information should email info @ airwars (dot) org.