We asked key experts who have been closely following the Coalition’s military campaign against so-called Islamic State what 1,000 days of war means to them. Here’s what they had to say. 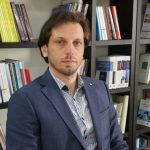 After 1,000 days have passed since the beginning of the international coalition forces’ raids against Daesh, I believe that the human cost has been high if we consider what was achieved in terms of destroying headquarters and undermining their manpower. We believe that it is in no way justifiable to cause this high level of casualties, not to mention the extent of the material losses.

Several days ago, we issued a report on the bombing of bridges by international coalition forces in the governorate of Deir Ez Zawr. This is a simple indicator of what we believe to be negligence, and the result of the lack of accountability. By not identifying who in the Coalition forces is committing the massacres in Syria, and not offering frank and clear apologies or starting to compensate the victims, it is implied that there are no consequences to such flagrant violations. This has given the military command a green light, promoting a culture where there is no real interest in taking careful decisions or carrying out serious investigations.

Since 2014, the global coalition of 68 international partners has supported our partner forces in Iraq and Syria with more than 21,000 strikes against ISIS fighters, equipment and resources. These strikes allowed our partner forces to liberate 50,000 square kilometers of territory and more than a million people; and are helping to ensure the peace and security of the region and all our homelands.

The Coalition takes all allegations of civilian casualties seriously and goes to great lengths to ensure transparency in our assessment and reporting processes. ISIS is the cause of massive human suffering and the greatest threat to the people of Iraq, Syria, and the world, and they must be defeated. 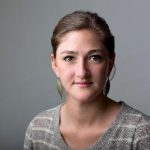 For the last 1,000 days we have seen a broad coalition of states, led by the United States, supporting Iraqi, Kurdish, and non-state armed groups   in military operations against ISIS in Iraq and Syria. A mounting number of civilian deaths over recent months has raised concerns about the way the battle against ISIS is being fought. Iraqi, Kurdish, and other ground forces supported by the coalition have been responsible for serious violations including enforced disappearances, forced displacement, and the use of child soldiers.

The coalition should take all feasible precautions to minimize civilian loss and should thoroughly and transparently investigate reported civilian deaths, and in the case of wrongdoing, hold those responsible to account. Coalition members should investigate whether foreign military assistance contributed to laws-of-war violations and should end military assistance to units repeatedly involved in violations. They should also use their leverage with parties they support on the ground to undertake credible investigations into alleged war crimes and hold perpetrators to account.

Micah Zenko, Senior Fellow at the Council on Foreign Relations 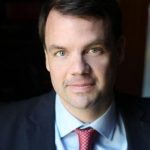 It is really an air campaign created for today’s media age: releasing daily strikes totals, routinely declaring estimates of enemy combatants and civilians killed, and posting always-flawless video clips. This data and imagery shapes perceptions of the war by feeding the insatiable demands for information. It is as if the lens through which the outside world sees the war is as important a mission as finding and striking the enemy. 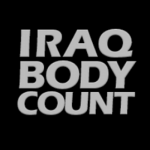 What was the coalition’s strategy, what were its objectives in embarking on another military campaign of air strikes over Iraq? Compellence, posturing and, mostly, offence seem to be the objectives, all of which contain their own political, ethical, and economic strategic goals and implications. After 1,000 days of striking, at least 49,081 civilians have been killed overall in Iraq, of which over 26,000 have been killed by Islamic State forces and 5,318 by the coalition. 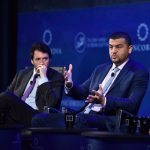 My hometown is still under ISIS control, and has been since the summer of 2014. With some exceptions, civilians there often praise the US strikes especially if compared to Russian and regime bombings in Syria. Most complaints I hear are about the destruction of infrastructure like bridges, roads and oil facilities. Civilians in those areas had lived on a wartime economy that was functioning before ISIS took control, but the airstrikes disrupted that without providing alternatives to the people there.

There is now more fear over civilian casualties than ever before, and this is because of the stage at which the operation against ISIS has reached. In crowded western Mosul and Raqqa, more people are dying or expected to die. This is most unfortunate for the anti-ISIS fight because this should be the time to show restraint and focus more on making ISIS, and only ISIS, look bad, as its caliphate collapses. The reality is that abuses are back in Iraq and Syria, and people will soon turn their anger toward their new overlords. 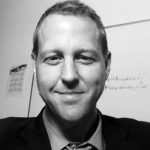 The Commission has noted repeatedly that while civilian protection should be a paramount concern for all parties to the conflict, it is often noticeably absent. All parties using air power in the Syrian armed conflict must adhere to the laws of war and core civilian protection principles of distinction and proportionality in the use of such weaponry under international humanitarian law. All means necessary should be employed to distinguish properly between civilian and military targets and to respect protected sites, particularly hospitals, medical personnel, mosques and religious objects, and schools.

The Commission has opened investigations into incidents of civilian casualties caused by all parties to the conflict, including civilian deaths and injuries resulting from air strikes. We only publish findings from our investigations once we have been able to gather evidence to meet our legal standard of proof. 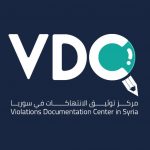 The Violations Documentation Centre confirms that, during almost three years, the International Coalition forces failed, in many instances, to respect the principles of International Humanitarian Law (IHL). A number of the attacks carried out against the so-called Islamic State, breached the principle of “Proportionality in Attack” of Rule 14 of customary IHL against the targets, and caused many civilian deaths most of which are elderlies and children – in addition to many injured and missing people. Additionally, the coalition forces breached on many occasions the principle of distinction between military and civilian targets and failed in estimating the collateral damage in civilian lives. The verified direct testimonies VDC collects after each attack, confirm that many of them did not prove to be of any military importance for the International coalition.

Thus, VDC reminds all conflict parties in the “International Coalition against the Islamic State in Iraq and Sham”, of the absolute requirement, under IHL, to avoid targeting civilians and that targeting civilians is a described war crime. The VDC calls for the sparing of civilians completely in accordance with the 1949 Geneva Conventions, the first and second additional protocols of 1977, and the rules of customary International Humanitarian Law.