Baghdad-based Latif Habib has been tracking and researching alleged Coalition civilian casualty incidents in Iraq for Airwars for more than two years – and has been on the front lines during the Mosul assault on five occasions so far. Here Latif reflects on why the campaign to capture Iraq’s second city has proved so lethal for civilians still trapped within.

The plan to liberate Mosul from the control of so-called Islamic State has undergone several changes. Initially the reported aim was to leave an escape route from the western half of the city for the use of militants and possibly also civilians, in order both to relieve combat pressure and to protect civilians. Instead, hundreds of thousands of civilians have been trapped in West Mosul in what is becoming a fight to the death with ISIL.

Plans and actions have differed radically between the right bank of the Tigris – geographically, the western half of the city – and the left bank, or eastern side. Initially, during operations to capture the east which began in October 2016, the Iraqi government and military leaders advised civilians to remain in their homes during the fighting. Coupled with the use of elite anti-terrorism forces who were well trained in urban warfare, this was a relative success – although as Airwars has reported, hundreds of civilians still likely died.

However, the same plan in far denser western Mosul has cost the lives of large numbers of civilians, in large part due to continuous aerial and artillery bombardment carried out by the Coalition and Iraqi forces. More than 5,500 bombs, missiles and rockets were used by the Coalition in Mosul in March alone, with thousands more munitions likely fired by Iraqi forces.

These attacks have targeted Daesh facilities and units along with the headquarters of their leaders. But in many cases they have also struck the neighborhoods and markets of the Right Bank, hitting civilians and causing great loss of life. Several of the raids reportedly targeted areas where citizens were also present, including buildings and mosques that were being used as places of refuge for families displaced from other neighbourhoods where military confrontations were also taking place. This has led to even higher casualty figures. 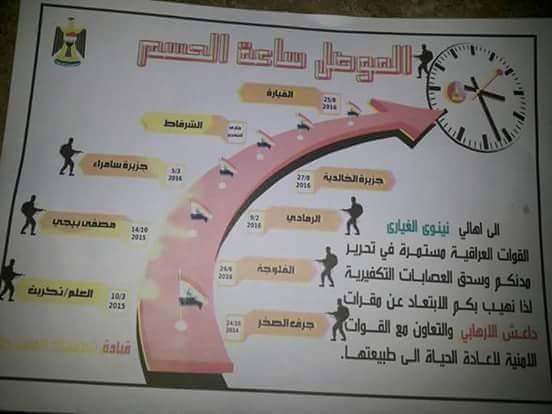 The leadership of the international Coalition has continued to use long range rockets, mortars and artillery as well as airplanes to target Daesh fighters, especially inside the residential neighbourhoods of the Old City.  One particularly deadly raid on March 16th-17th hit residential buildings in which dozens of civilian families were gathered in the al Jadida neighborhood – all of them residents of the area. At least 280 civilians are now thought to have died in bombardments on the immediate neighbourhood, according to Iraqi civil defence.

Many questions remain unanswered about how these houses could have been targeted by the international coalition and Iraqi forces, with no conclusive findings so far. In my own view, there has been no serious effort to learn from the grave mistakes so far made by aircraft of the international coalition, or to deal with the resulting excessive human losses. All the arguments and excuses offered by US officials and leaders in the field have done nothing to change the tragedy of the civilians on the ground, and have not removed the suspicions among many Moslawis of the Coalition.

The excessive use of weapons like mortars and heavy machine guns inside the city, and random shelling by both sides, has caused additional casualties. The Federal Police, who are not trained in urban warfare but were even so used heavily in the battle for West Mosul, have reportedly caused a great deal of destruction. Daesh snipers also position themselves on the rooftops of buildings turning civilians into an indirect target, while the terror group’s suicide truck bombs have caused great destruction to civilian areas.

Already, many hundreds of civilian have died in the Old City, with its narrow streets and alleyways, where very intense firepower was used to compensate for the fact that Iraqi tanks and heavy equipment could not enter. Elite counter-terrorism forces who fought in eastern Mosul suffered heavy losses in that battle, and have been replaced in the west by less experienced soldiers and police. Airstrikes, rockets and artillery and mortar bombardment have, it is claimed, destroyed as much as 60% of West Mosul.

According to the United Nations the battle for Mosul is the biggest urban assault since World War Two – which has already lasted a month longer than the siege of Stalingrad. The failure by both the Coalition and the Iraqi government to create safe corridors for civilians to leave during the fighting – instead requiring them to stay in their homes – has contributed greatly to the very high number of civilian casualties now being reported.