The Dutch Ministry of Defence, Defensie, has finally outlined to Parliament the steps it expects to take in both the short and long term, to address civilian casualties from Dutch actions.

Since late 2020, Airwars has been part of a consortium of civil society and academic organisations working with the Defensie to help improve the Dutch approach to civilian harm tracking and mitigation. This process was launched in response to revelations that the Dutch MoD was responsible for an airstrike in the Iraqi town of Hawija in 2015, which killed between 70 and 85 civilians. There was then a four-year cover-up of Dutch involvement in the deadly incident.

On April 7th, Minister of Defence Kajsa Ollongren wrote to Parliament outlining the expected route forward for Defensie. According to the Minister, “These steps go further than just transparency. It also involves tightening up internal (military) procedures, decision-making processes, monitoring, evaluation and accountability.”

Ollongren said that the Ministry recognises that preventing civilian harm “is a responsibility that arises not only from international humanitarian law, but also from a moral obligation” and within her letter to Parliament, the Minister laid out ways that that Defensie must act to improve its systems.

These include five thematic short steps concerning the processes of decision-making, monitoring, evaluation, and accountability in future deployments. According to the Minister, these steps aim to ensure that Defensie improves the ways it considers risks to civilians; more clearly communicates transparency, and commits to periodically review the way this is done. Ollongren also highlighted the importance of transparency as a way to improve civilian harm accountability both for affected communities, and in providing more Parliamentary oversight in the Netherlands.

The plans also suggested that future mission evaluations will focus more on civilian casualty concerns. And Ollongren also promised in the letter that Defensie will be more involved in policy making on protection of civilians concerns, alongside the Ministry of Foreign Affairs, for example through follow-up training and exercises.

While there are positive developments and promising commitments in the letter, several significant gaps remain and vital opportunities were missed. the consortium believes. Below is our joint response to the policy announcement. 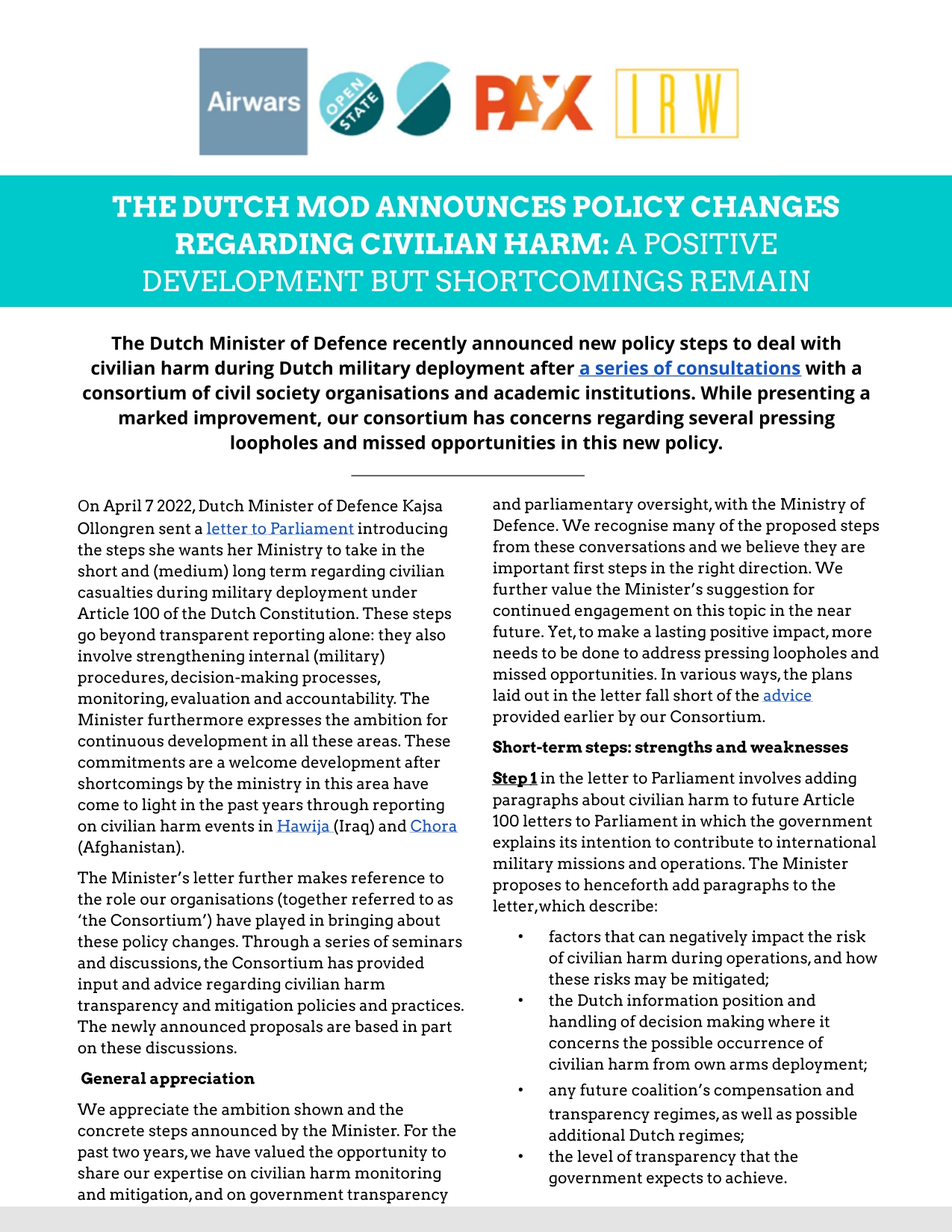 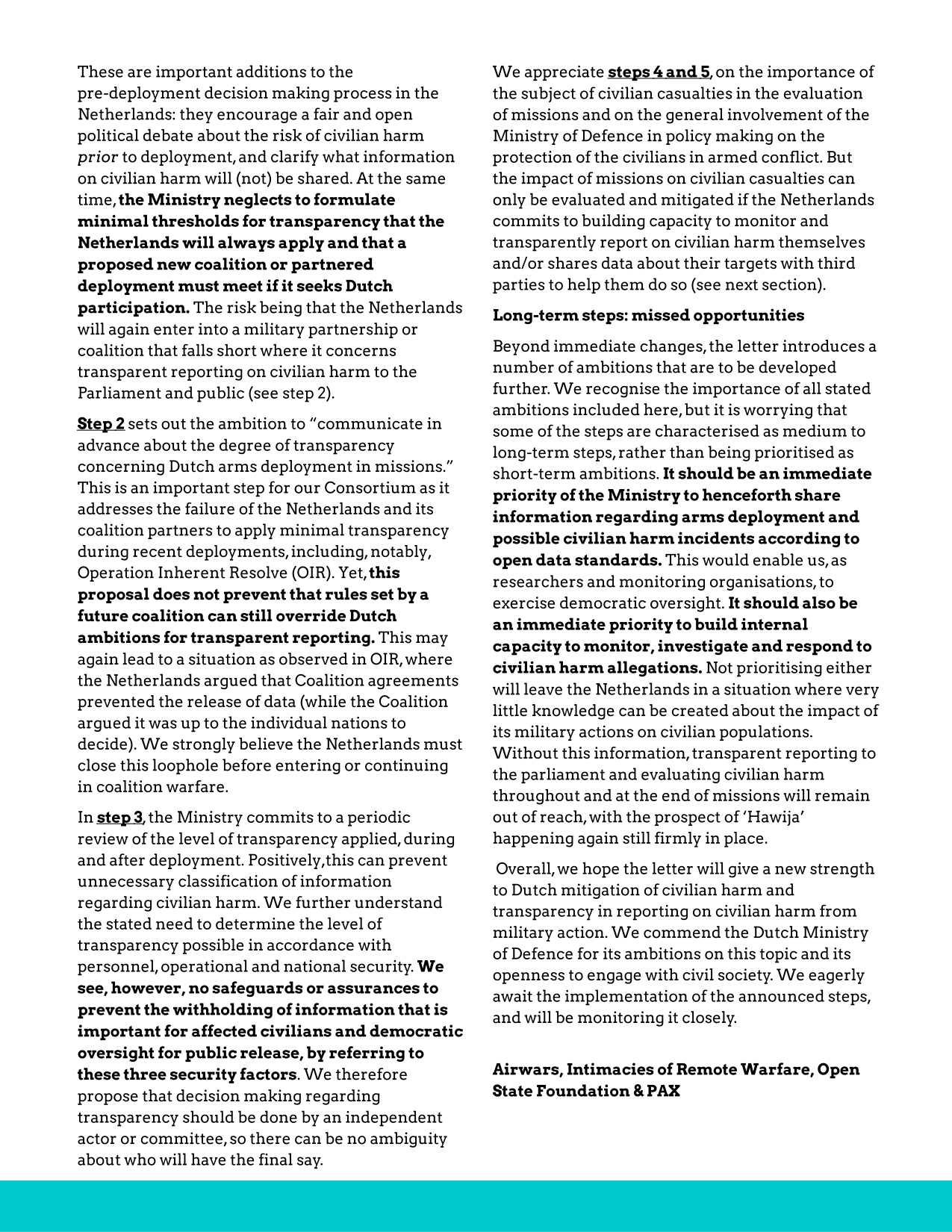