Responding to a steep rise in reported civilian deaths from both Coalition and Russian airstrikes in 2016, Airwars has appointed three new full-time postholders who will help with the organisation’s monitoring, reporting and advocacy work.

The new appointments – funded by the Open Society Foundations and the Dutch Democracy and Media Foundation – mean Airwars now has eight full and part time staff in five countries monitoring international airstrikes and civilian casualties in Iraq, Syria and Libya. 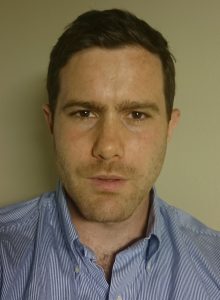 Samuel Oakford is an investigative journalist based in New York City. His work focuses primarily on diplomacy, peacekeeping and human rights issues, particularly civilians in conflict. For two years Sam was VICE News’ United Nations correspondent, where he broke a number of stories on conflicts in Yemen, Iraq, Syria, Burundi, and South Sudan.

Sam was also one of the first journalists to hold a microscope to Washington’s backing of the Saudi-led coalition in Yemen, publishing details of civilian casualties; Saudi threats to aid workers and the UN; and efforts to block human rights inquiries in Yemen.

Samuel’s work often looks at the phenomenon of “coalition” interventions and what that means for transparency, accountability and justice for civilian victims. In Iraq and Syria, he has applied this lens to anti-ISIL operations and reported on civilian casualties from US-led Coalition attacks, as well as Russian bombings.

Samuel’s work has appeared in the New York Times, The Atlantic Magazine, Politico Magazine, the Intercept, IRIN News and IPS News. Prior to becoming a journalist, he worked for several years as a cartographer and researcher. 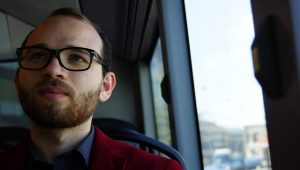 Abulwahab Tahhan was raised in Aleppo, Syria, where he studied English at university. A refugee from the civil war, he worked  in Turkey for Cultures of Resistance helping make the film The Suffering Grasses – a documentary about Syrian refugees which went on to win six awards.

Abdulwahab eventually made his way to the UK where he was awarded refugee status. He obtained a Masters in Applied Linguistics at Southampton University, where he also worked as a volunteer researcher for Amnesty International.

With the assistance of the Refugee Journalism Project, Abdulwahab first joined Airwars in summer 2016 as a volunteer researcher tracking Russian airstrikes and civilian casualties. His new full time role – funded by the Open Society Foundations for 18 months – will significantly improve capacity at Airwars, particularly its monitoring of Russia’s actions. 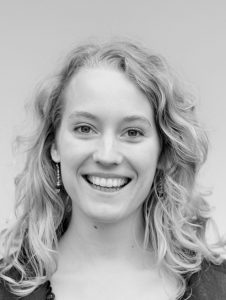 Amsterdam-based researcher Eline Westra is focused exclusively on Dutch and Belgian airstrikes, thanks to a one year grant from Stichting Democratie en Media. The two nations are among the least transparent of the 13-member Coalition fighting so-called Islamic State in Iraq and Syria – raising significant accountability concerns.

Eline holds an MA in Human Rights and Democratisation, and has a particular interest in women’s rights; the role of religion in the public domain; and investigative journalism. Most recently she worked as a volunteer with Syrian refugees in Greece.

The trio join five other Airwars staff – and eight key volunteers – who between them seek to track thousands of international airstrikes in Iraq, Syria and Libya.

“We’re absolutely delighted that Eline, Abulwahab and Samuel have joined the Airwars team,” says director Chris Woods. “Our researchers have so far tracked more than 2,000 individual events in which either Russia or the US-led Coalition is alleged to have killed civilians. These new full time posts will significantly improve our ability to research and report on such incidents – and to help hold international powers to account for their actions.”