Airwars and The Guardian have won a prestigious Amnesty Media Award for their joint investigation into Israel’s striking of residential towers in Gaza.

The article, Countdown to the Airstrike, won in the Best Use of Digital Media category.

The article tells the story of the destruction a single tower in Gaza through their memories of the residents living there. The families were given only a few minutes to evacuate their belongings before Israel jets destroyed the building. 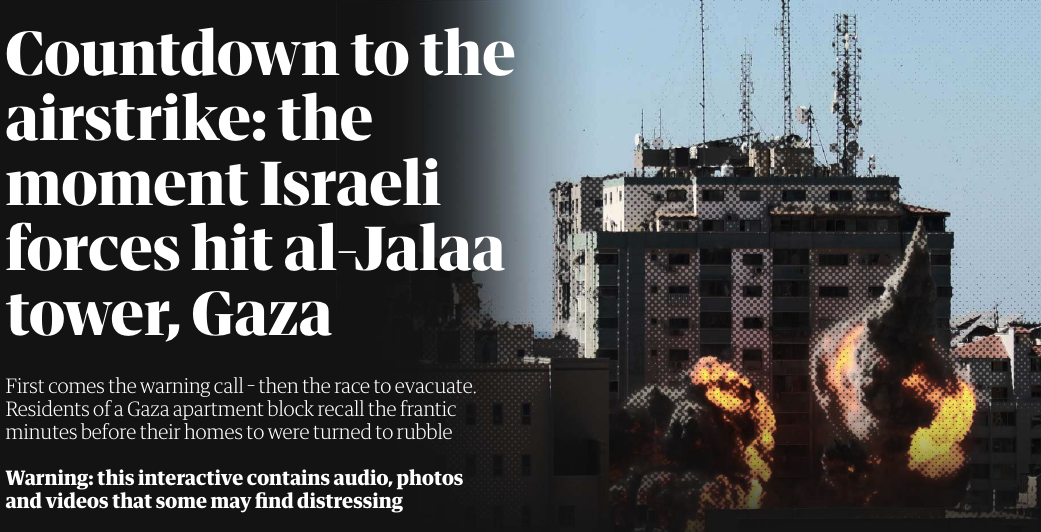 A screenshot of the story on The Guardian

Israel claimed that the tower was being used by the Islamist militant group Hamas, which controls Gaza, though residents strongly reject that claim.

Airwars was also nominated for its interactive mapping of civilian harm in Gaza during the conflict.

The full piece can be read here.