The US-led Coalition on December 1st released its first monthly estimates of civilian deaths from operations in Iraq and Syria, as well as investigations into several earlier incidents – including its version of the deadliest single attack attributed to the alliance over more than than two years of bombings in Iraq and Syria.

The Coalition now takes over from CENTCOM as the lead reporter of civilian casualty events, in an effort to speed up the release of civilian casualty information. Twenty two alleged civilian events are mentioned in the first release. Eight are dismissed on the grounds that no Coalition strikes took place in the vicinity that day. A further four allegations are rejected because of insufficient evidence. And three more events remain under investigation.

The Coalition also confirmed seven new casualty events which it says left  54 civilians dead between March and October 2016. Public estimates of civilian casualtes in these same events range from 125 to 277 killed.

Overall, the release brings to 173 the number of civilians so far admitted killed by the United States. None of its twelve allies have so far admitted any civilian casualties – despite more than 3,600 airstrikes between them.

The most recent Coalition admission relates to an October 22nd US strike at Fasitiyah [or Fadhiliya] on the outskirts of Mosul. The raid, which came five days into the official campaign to recapture the city, killed eight members of the same family. A reporter for the Guardian, Fazel Hawramy, visited the site and obtained eyewitness testimony, before notifying the Coalition.

The Coalition’s admission of Fadhiliya – just five weeks later – is the fastest turnaround yet for any investigation. However, after more than 200 reported Coalition airstrikes in support of Iraqi forces attacking Mosul, the incident remains the only official admission of civilians killed in the campaign by the Coalition – despite hundreds of alleged deaths.

The December 1st release marked the first time that the Coalition rather than US Central Command (CENTCOM) had reported on civilian casualties. It is intended to be the start of regular monthly updates (with a delay time of one month) provided by the CJTF. Until now the US military has been the only member of the Coalition to admit to civilian casualties, which it did independently. This trend continues, with American officials confirming to Airwars that the seven incidents newly admitted to by the Coalition were in fact the result of strikes carried out by US forces.

One third of Coaltion airstrikes in Iraq are carried out by the US’s allies – which all deny civilian casualties. As Airwars noted in its recent transparency audit, while the temptation might be to assume the US is responsible for all Coalition civilian deaths in Iraq and Syria, CENTCOM’s declaration of casualties may instead “indicate a greater willingness by the United States to subject its own actions to both internal and external scrutiny.” 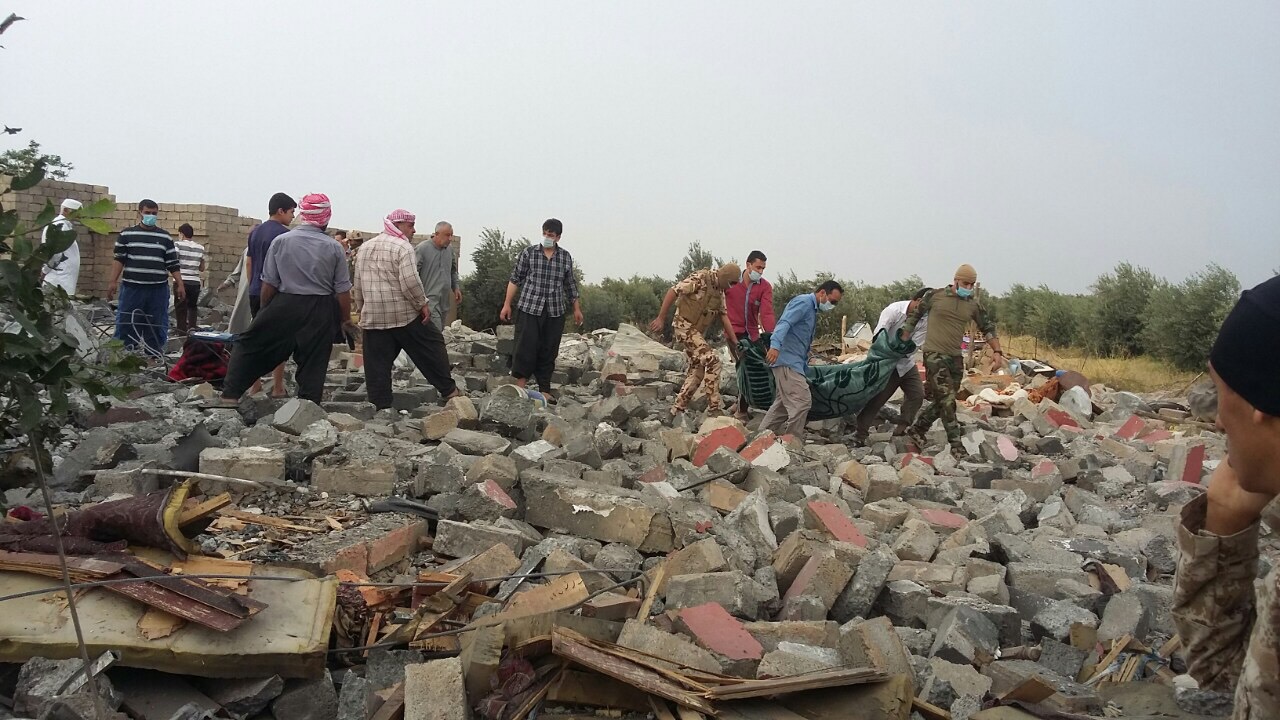 Bodies of eight family members are removed following a US airstrike on Fadhiliya, Iraq on October 22nd 2016 (Picture courtesy of Fazel Hawramy)

In its December report, the Coalition has finally conceded killing 24 civilians at al Tokhar, Syria in the worst-ever reported casualty event in 28 months of war. But its admission still leaves many questions unanswered.

According to the Coalition, a night time July 18th-19th US strike on the village al Tokhar in support of local Kurdish proxies killed 100 ISIL fighters. However, “it is assessed that up to 24 civilians who had been interspersed with combatants were inadvertently killed in a known ISIL staging area where no civilians had been seen in the 24 hours prior to the attack.”

Yet local accounts have consistently put the death toll far higher, with up to 203 civilians alleged killed. Amnesty International has estimated that at least 73 civilians died that night, while the Syrian Network has now published details of 98 non-combatants killed. Other accounts put the number of dead at around 200.

According to Amnesty, “the attacks appear to have been conducted without adequate precautions taken to safeguard civilians and may have amounted to indiscriminate or disproportionate attacks.”

In the Coalition’s own version of events, “ISIL fighters were preparing for a large counterattack against partnered Syrian Arab Coalition/Syrian Democratic Forces, and unknown to Coalition planners, civilians were moving around within the military staging area, even as other civilians in the nearby village had departed over the previous day.”

It does not deny that more than 100 people were killed in al Thokar early that morning, but claims the vast majority were ISIL fighters – contrasting heavily with all other public accounts. 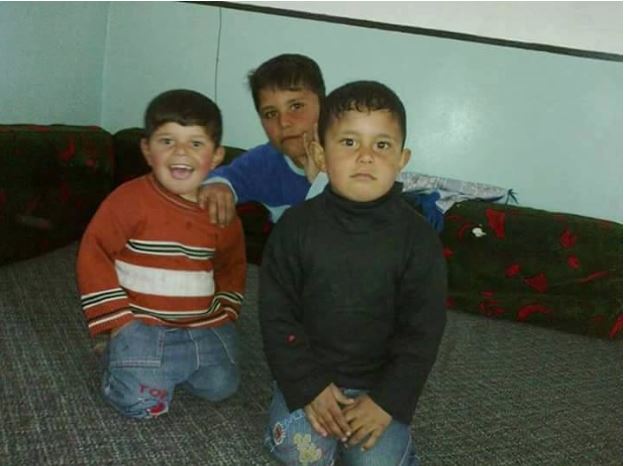 Yassar, Ammar and Mahmoud – the children of Suleiman al Daher – were among at least 78 civilians reported killed in a US airstrike on al Tokhar on July 18th-19th 2016

In the second-highest casualty toll admitted by the US to date, it now admits 15 civilians died in a controversial airstrike on a moving vehicle in the village of Al Ghandourra in Aleppo province, Syria on July 28th.

According to local accounts at least 22 named civilians, including children, were killed when missiles hit the main market and elementary school in the town, which at the time was occupied by ISIL. Graphic footage posted after the attack showed the lifeless bodies of children, and corpses still flaming.

The Coalition itself now says 15 civilians were killed “during a strike on a moving ISIL vehicle… when the munition struck the vehicle after it slowed in a populated area after the munition was released.”

In a follow up response, a Coalition spokesperson told Airwars that the vehicle, which allegedly contained ISIL fighters, “was targeted and [the] weapon launched to time the vehicle passing between two populated areas. After weapon was released the vehicle slowed before exiting the first populated area.”

It remains unclear why the US targeted the vehicle in a heavily populated area – regardless of whether it was moving or stopped.

Neil Sammonds, lead researcher on Amnesty’s investigations into both strikes, said despite the Coalition’s recognition of both incidents, significant questions remained.

“With al-Tukhar, Al-Ghandoura and other ‘admissions’ of civcas through Centcom/DoD investigations, one of our main underlying concerns is the lack of evidence for how their findings were reached,” Sammonds told Airwars in an email. “Research by monitoring groups found several times as much civcas for Al-Tukhar, and twice as many civilian fatalities for Al-Ghandoura. Regretfully the US authorities have not shared the evidence they have so we can not  compare it with ours.”

The Al-Ghandoura attack was one of 11 incidents – with some 300 reported civilian casualties – that Sammonds and Amnesty presented to US officials in September. Despite recent meetings with the Defense and State Departments, Sammonds added, “we have not as yet found anyone able to discuss the substance of any one of those attacks, which included Al-Ghandoura.” 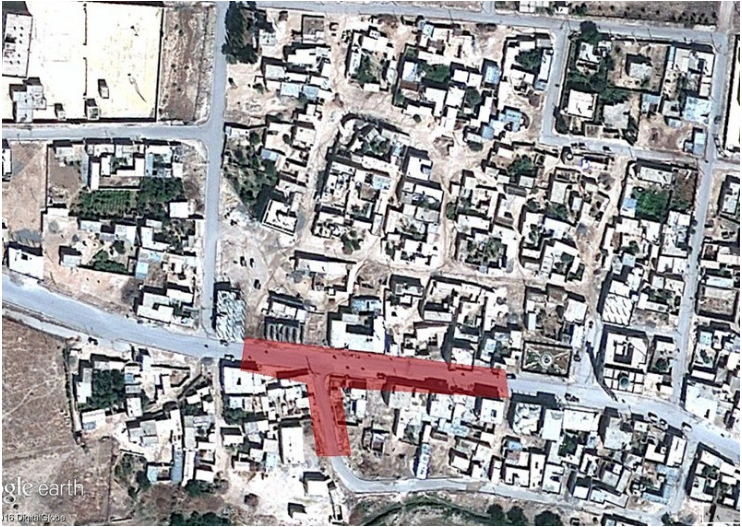 Of the seven civilian casualty events admitted by the Coalition in December, two were previously unknown to Airwars researchers. Their inclusion most likely resulted from American pilot and analysis accounts, and post-strike footage review.

A May 16th 2016 strike near as Shadadi had not previously been tracked by Airwars. The Coalition now reports that “during a strike on seven ISIL fighters in a moving vehicle, it was assessed that two civilians were inadvertently killed. One civilian passenger in the vehicle was killed and one civilian riding a motorcycle was killed when he came into proximity of the ISIL vehicle after the munition was released.” Airwars researchers have subsequently found three brief Arabic-language reports which corroborate the incident, though none made mention of civilian casualties at the time.

Also included among the seven confirmed cases is the first admission of civilian deaths from US artillery. That incident took place on March 31st 2016 near Sala Heya, Syria according to the December 1st release, which said operators of a counter-battery artillery killed three civilians near the site of an ISIL mortal launch targeting “friendly forces.”

Reports from the time indicated only that warplanes – some suggesting the Assad regime – had bombed the area; Locals and monitors appeared oblivious to having been targeted by US artillery that day. 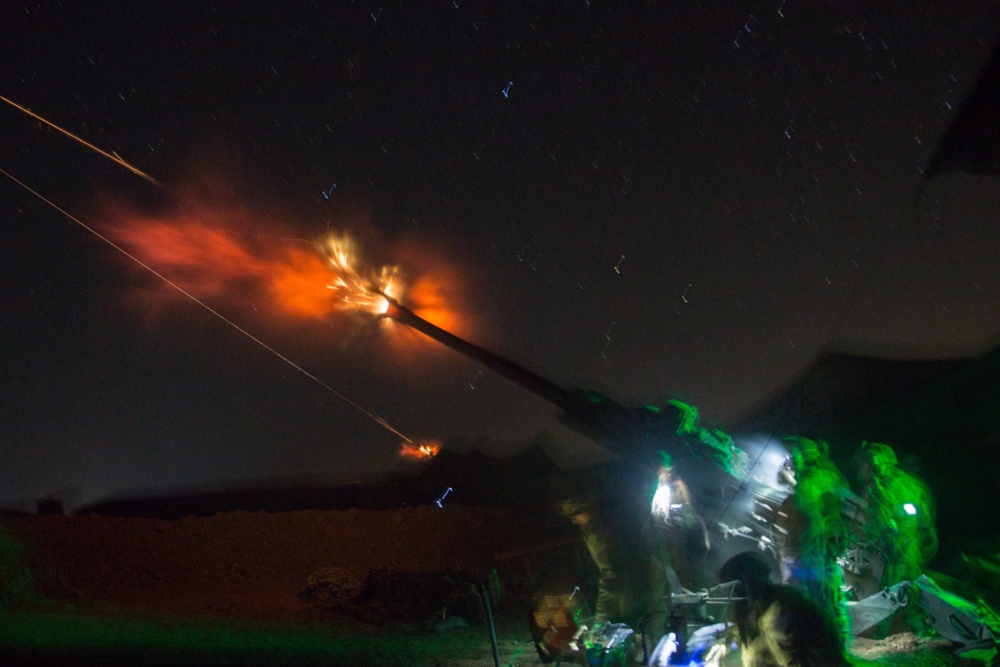 Though the Coalition almost always admits to a lower civilian toll than local reports indicate, some incidents do suggest multiple culprits – in particular with recent strikes said to have involved Turkey. In its latest release, the Coalition admits that “one civilian was inadvertently killed as a result of the blast following the strike” on suspected ISIL fighters near Thaltanah village in Aleppo on October 4th 2016.

Airwars monitoring suggests as many as 19 civilians were killed at Thaltanah that day including three children, along with 41 people reported injured. Multiple accounts implicated Ankarra in the attack, which has launched a unilateral action in northern Syria involving Turkish special forces, shelling and airstrikes in support of Free Syrian Army ground forces.

Monitors offered conflicting assessments at the time: the Syrian Observatory for Human Rights reported that airstrikes on Thaltanah on October 4th were carried out “likely by Turkish warplanes” while the Syrian Network for Human Rights blamed the Coalition (as did ISIS).

Reflecting the confusion on the ground, al Jazeera cited the Syrian Observatory for Human Rights, writing “it was unclear whether the strike was carried out by the US-led coalition fighting ISIL, or Turkey.” In light of the Coalition’s admission, it appears possible that both could be true.

Also included in the first Coalition civilian casualty report were twelve incidents which it has determined could not be credibly blamed on its forces. The  allegations were discarded for several reasons: because no Coalition strikes took place in the area; due to a lack of available evidence to determine credibility; or because further Coalition analysis of the strike determined that only ISIL fighters died.

As Airwars noted in followup correspondence with the Coalition, “We presently assess 20 of these 51 incidents as fairly reported (that is, having likely caused civilian casualties) on top of the three events so far confirmed by the US. Overall then, last week’s press release referenced just 20 per cent of known claimed civilian casualty incidents in Iraq and Syria for October.”