Number of civilians killed decreases across monitored conflicts, while focus on explosive weapons use grows

Civilian harm dropped across most of the major conflicts in the Middle East and North Africa in 2021, Airwars’ annual report has found.

The number of allegations of civilians killed by nearly all belligerents monitored by Airwars fell in Syria, Iraq, Libya, Somalia and Yemen, though there was an escalation in the Israel-Palestinian conflict which caused significant human suffering. 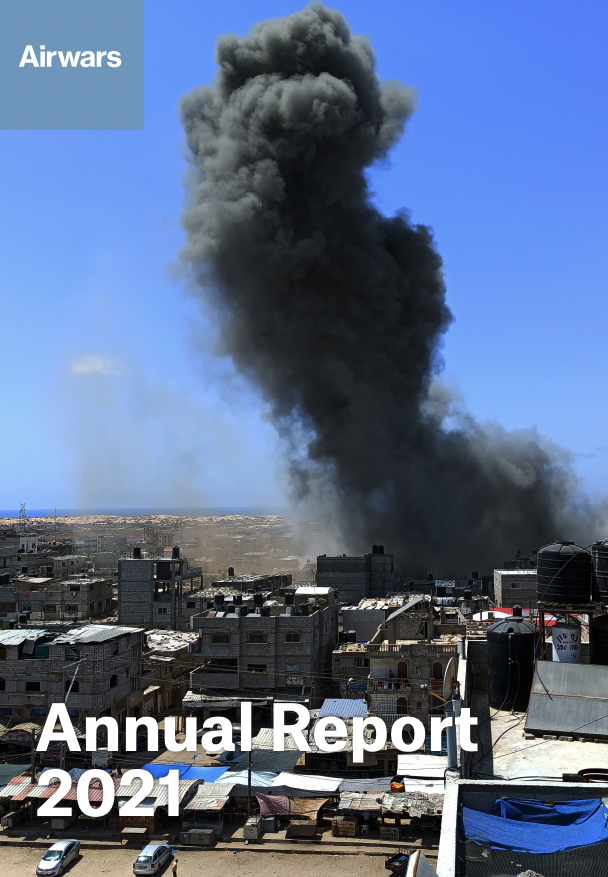 The United States, which has fought multiple campaigns across the Middle East, Africa and Central Asia over the past two decades, saw a significant decrease in its activities.

Across all the US campaigns Airwars monitors, including in Syria and Iraq, as well as counterterrorism campaigns in Yemen, Somalia and elsewhere, civilian harm from US actions fell in 2021, continuing a downward trend in recent years.

In Iraq there were no reports of civilian harm from US actions, while in Syria at least 15 and up to 27 civilians were likely killed by US-led Coalition actions in 20 incidents throughout the year – mostly in combined air and ground actions that appeared to target alleged remnant ISIS fighters.

Even taking into account hundreds of airstrikes in Afghanistan which both the Trump and Biden administrations had initially kept secret, 2021 saw the lowest numbers of declared US military strikes globally since 2006.

However, 2021 was also a year in which focus was again placed on civilian harm caused by historic US actions.

To mark the 20th anniversary of the 9/11 terrorist atrocities, Airwars conducted an investigation to estimate how many civilians were likely killed by US forces alone in the subsequent 20 years of the so-called War on Terror. The research concluded that an estimated 22,000 to 48,000 civilians had been killed directly by US actions in two decades of war according to public records –  the vast majority of fatalities were in Afghanistan, Iraq and Syria.  The findings were cited in the opening remarks of the Senate Judiciary Committee hearing “’Targeted Killing’ and the Rule of Law: The Legal and Human Costs of 20 Years of U.S. Drone Strikes,” and were covered by more than 60 news outlets globally, in at least ten languages.

The Pentagon’s troubling management of civilian harm allegations was highlighted by another Airwars investigation during 2021, leading the Pentagon to withdraw and republish their own annual report to Congress. Airwars uncovered nine historic incidents in Iraq and Syria that the US had declared responsibility for killing civilians in, which were actually conducted by US allies including Australia, France, the United Kingdom and Belgium.

In May 2021 an intense and deadly conflict lasting just eleven days erupted between Israeli and Palestinian forces. As on previous occasions, civilians paid the highest price. Airwars documented the human impact of this short but brutal conflict in both Gaza and Israel, working for the first time in three primary languages – Arabic, Hebrew and English.

The research found that Israeli strikes, continually impacting across the densely populated streets of Gaza, led to the likely deaths of between 151 and 192 civilians. Over a third of civilians killed in Gaza were children and in more than 70% of the allegations documented by Airwars, civilians – not militants – were the only documented victims. In Israel, ten civilians were directly killed by rockets fired by Hamas and Islamic Jihad from Gaza.

The report also documented civilian harm from Israeli strikes in Syria, which across eight years had led to the deaths of between 14 and 40 civilians. Comparatively this civilian harm estimate stands in stark contrast to the numbers of those killed in just eleven days. Gaza is one of the most densely populated places in the world, whilst Israeli strikes in Syria were conducted on military targets mostly in sparsely populated areas.

Airwars’ Senior Investigator Joe Dyke partnered with the Guardian on a piece interviewing the residents of a tower destroyed by Israel Defence Forces during the May 2021 conflict. Al-Jalaa Tower was home to dozens of civilians and a number of offices, including those of Associated Press and Al-Jazeera. All were given an hour’s notice to evacuate the tower and scramble together their possessions before seeing their homes destroyed in front of them. The investigation recently won an Amnesty Media Award.

Long before Russia’s assault on Ukraine in February 2022, Airwars had been tracking civilian harm caused by extensive Russian actions in Syria.

Whilst allegations of civilian harm fell to their lowest rate this year since 2015, after a 2020 ceasefire agreement between Russia and Turkey continued to hold, Putin’s forces continued to strike Idlib and other rebel-held areas of Syria with air and artillery strikes.

Approximately 48% of civilian harm allegations against Russia during 2021 occurred in Idlib, whilst 2% occurred in Hama, and 23% in Aleppo governorate. In total as many as 280 civilians were killed by Russian and/or Syrian regime air and artillery strikes.

This significant but comparatively lower civilian casualty count came alongside Russia’s escalation of military operations in preparation for Moscow’s invasion of Ukraine, which has subsequently led to mass civilian harm.

An overarching theme throughout Airwars’ work during the year, and a key focus for our advocacy outreach, was on restricting the use of explosive weapons in populated areas (EWIPA).

Whether in Syria, Iraq, Gaza or any of the other conflicts Airwars monitors, when explosive weapons are used in densely populated areas, the potential for civilian harm dramatically increases.

Throughout 2021, Airwars worked with international partners to support a strongly worded UN-backed international political declaration against the use of EWIPA. The final UN-backed conference debating this declaration will be held in summer 2022, with Airwars playing a key role advocating for change.