More than six years after much of the Iraqi city of Hawijah was devastated following a Dutch airstrike against ISIS, fresh revelations point to major ongoing problems for those seeking answers to the disaster in which at least 70 civilians died.

Speaking at the annual PAX for Peace conference on the protection of civilians in conflict on December 1st, the Mayor of Hawijah, Subhan Al Jabouri, gave a moving talk on the continued lack of recovery in the city. He also revealed that there is so far no sign of the Dutch Government’s promised recovery fund and that he was not aware of the Sorgdrager Commission – the official Dutch review expected to learn lessons from Hawijah.

“The disappointment is great,” Mayor al-Jabouri told delegates. Aid has been promised via two UN agencies, yet there appears to be little contact with city authorities: “I don’t know who they are in touch with, but it’s not with us. I don’t know what they’re going to do either.”

Mayor of #Hawija: My expectations are the same as my people. We want an ethical conversation with the Dutch government. And an official apology.

In the same week, Dutch news organisation NOS revealed that the Sorgdrager Commission is experiencing major challenges in fulfilling its own mandate, with two out of three members of the commission apparently no longer able to give time on a regular basis. There are major doubts too about whether a proposed Commission trip to Hawijah in January might go ahead, with the Dutch defence ministry saying it is concerned about safety.

The head of the commission, Winnie Sorgdrager, has herself acknowledged the importance of speaking to Hawijans directly. In response to the Dutch MoD apparently refusing to allow members of the commission access to Hawija, she told NOS: “If you want to investigate something closely, you must also have spoken to people there. But if it’s said ‘it’s too dangerous there,’ we need to reconsider our request.”

In June 2015, the Royal Netherlands Air Force launched an airstrike on an ISIS IED factory in Hawijah. The huge explosion that followed killed more than 70 civilians, destroyed hundreds of homes and businesses, and deprived thousands of civilians of their long term livelihoods. Six years on, Hawjiah remains a shadow of what it once was. Take the wrong turn at the roundabout at the entrance to the city, and you will face a crater several meters deep.

While the Sorgdrager Commission continues to prevaricate about visiting the city, a joint research project by the University of Utrecht and PAX For Peace has done just that. The independent Hawijah investigation has now revealed some of its own provisional field findings at the recent PAX conference.

New PAX/ University of Utrecht research undertaken this year in Hawijah, expected to be released in full next year, interviewed 119 civilians in the city who either lost their loved ones or sustained injuries or material damage; and looked at the reverberating effects of the strike. The study also examines how – six and a half years later – civilian lives are still impacted heavily, with chronic issues from physical injuries to psychological trauma and damage to livelihoods. When the PAX/ UU team asked civilians on the ground what they most wanted, the response was clear: “Everybody wanted an apology from the Dutch – a formal apology by the Dutch government and by the parties who carried out the strike”.

“This is neither meaningful transparency nor accountability and the Dutch Ministry of Defence, the Parliament and the Sorgdrager Commission know it. Everyone involved must do better in the name of the 70 civilians the Netherlands killed more than six years ago in Hawijah – and take meaningful lessons forward centring civilian protection in future missions,” says Jessica Dorsey, the chair of Airwars Stichting.

The long string of cities destroyed by Western militaries in recent years, with great human loss as a result, are not unusual mistakes, Professor Lauren Gould from the University of Utrecht asserted at the recent PAX conference. They form a pattern, which undermines the very premise of remote warfare as being “[the most] precise and careful campaign in the history of warfare on this planet.” Yet instead, “War is inherently about destruction. There will never be such a thing as clean, precise war.” 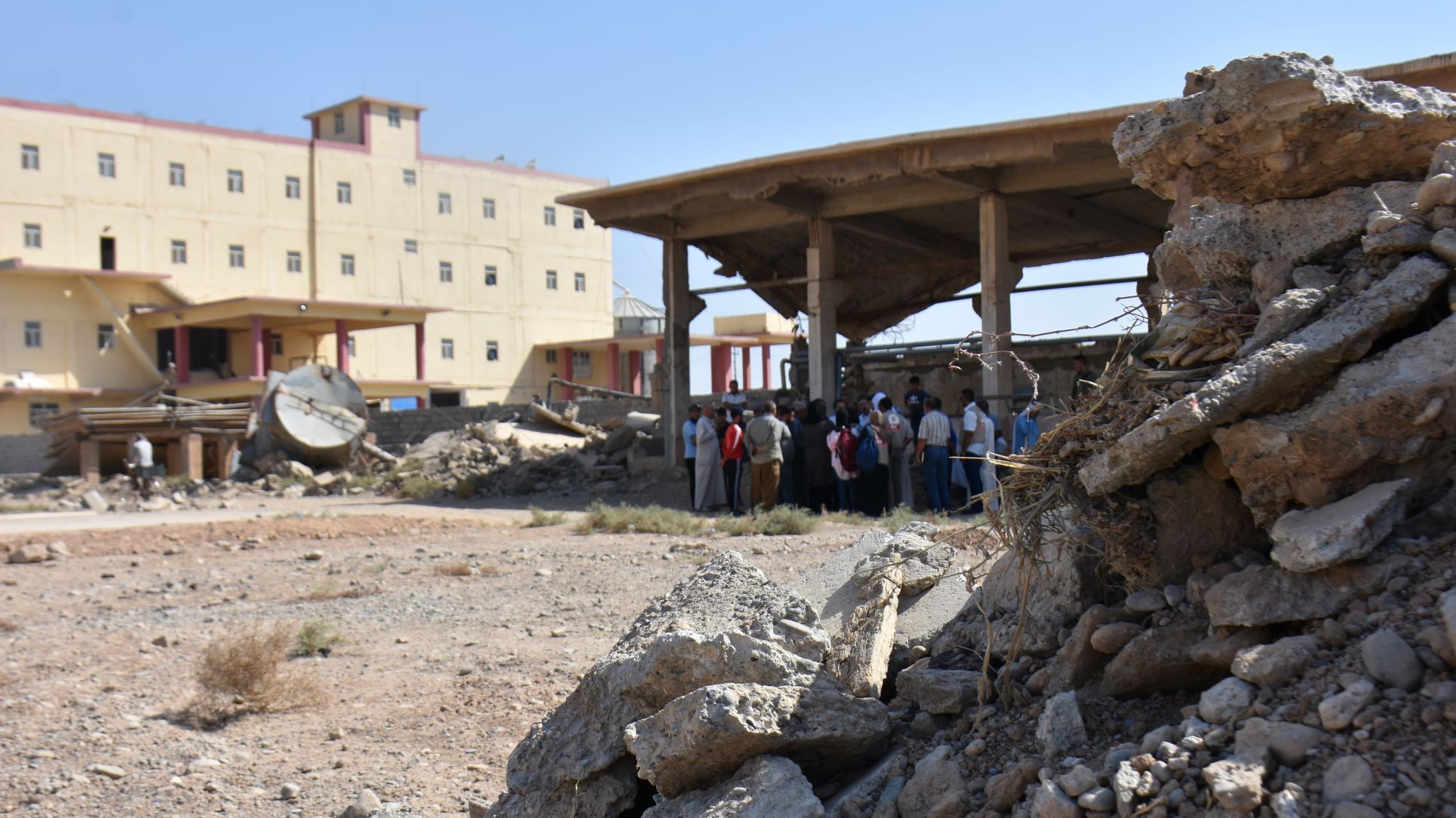