Background
Somalia has been without a functional government since 1991.  This was when socialist president Siad Barre was overthrown by a coalition of armed opposition groups and rebels, led by warlord Mohamed Farrah Aidid and his group, the United Somali Congress (USC).

The north-west region of Somalia split off, declaring itself the independent Republic of Somaliland. Somaliland has enjoyed relative stability, but Somalia has plunged into a raging civil war involving rival warlords and Islamist militants.  The more than two decades of violence that have ensued have devastated the country and caused the deaths of up to a million people.

The UN entered Somalia in July 1992 to provide humanitarian relief amid escalating violence. By December 1993, with the situation deteriorating, the UN asked member states for assistance. The US obliged, sending troops into Mogadishu.

But during a disastrous 15-hour battle with militiamen in August 1993, two US Black Hawk helicopters were brought down. Eighteen American soldiers died in related operations.  In the book Black Hawk Down: A Story of Modern War it is estimated that more than 700 Somali militiamen and civilians died in the battle.

This ‘failed state’ recently experienced the worst humanitarian crisis in Africa’s history, with those needing UN assistance increasing from an estimated two million at the start of 2011 to four million by September 2011. The Somalia Food Security and Nutrition Analysis Unit declared a state of famine in six areas in southern Somalia in 2011.

Somalia’s acting government, the Transitional Federal Government (TFG), was created to try and impose some sort of stability and coherence. Set up by peace talks held in Kenya between 2002 and 2004, the TFG was, and continues to be, recognised by the UN and the international community.

But in its early days the TFG had little success. It was ousted in early 2006, when a conflict between clan-based militias came to an ‘uneasy truce… with the rise to power of the militia-backed Islamic Courts Union’, explained Human Rights Watch.

The ICU mirrored aspects of the Taliban. As Bill Roggio of the Long War Journal reported, ‘Over the course of the summer and fall of 2006, The Islamic Courts consolidated its power in central and southern Somalia. It began to impose a strict version of sharia, or Islamic law, and shut down movie theaters, viewing centers for soccer matches and co-ed events such as sports. Cigarettes, alcohol and khat, the popular leafy narcotic chewed by Somalis, were banned.’

As the ICU marched into Mogadishu, thousands of civilians fled the capital. By mid-2006, the ICU had taken over Mogadishu, as well as much of south and central Somalia. 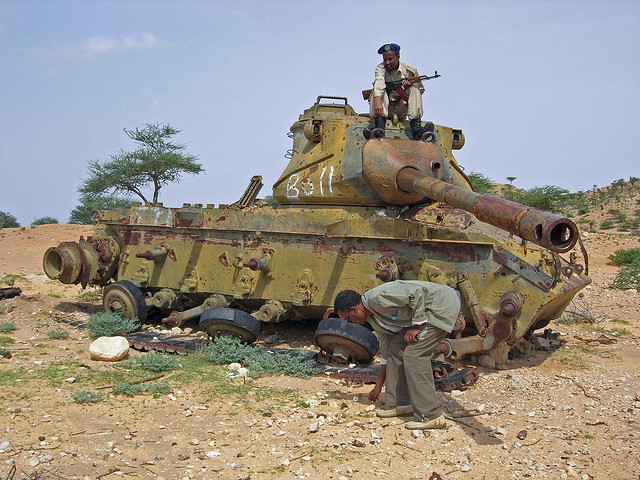 But the ICU’s rule did not last. In December 2006, the TFG, supported by the Ethiopian army, began a lengthy battle which would eventually defeat the ICU. At the time Human Rights Watch reported, ‘outside powers such as Ethiopia, the United States, and the European Union feared that the ICU and its radical armed youth wing, al-Shabaab, would create an Islamist bastion in Somalia’.

‘The Islamic Courts began to impose a strict version of sharia and shut down movie theaters, viewing centers for soccer matches and co-ed events such as sports. Cigarettes, alcohol and khat, the popular leafy narcotic chewed by Somalis, were banned‘ – Long War Journal

For two years, Ethiopia fought ICU militias and the emerging al Shabaab. It was joined in January 2007 by a UN-created peace force comprising African Union troops – AMISOM (see below).

As mentioned in the Bureau’s Somalia timeline, several sources report that Ethiopia received extensive backing from the US during its invasion, with the Nation’s Jeremy Scahill calling the invasion ‘a classic [US] proxy war’.

And as 10,000 troops crossed the border, they received airborne reconnaissance support and ‘other intelligence’ from the US, the Washington Post reported.

When the ICU was defeated and Ethiopia withdrew in 2009, some Somalis turned against the foreign invaders. Despite its harsh rule, the ICU had brought an element of stability to Somalia, having defeated the warlords and imposed Islamic religious laws.

‘It’s not just that people miss those days,’ a Somali humanitarian worker told the Chicago Tribune. ‘They resent the Ethiopians and Americans tearing it all up, using Somalia as their battlefield against global terrorism. It’s like the Cold War all over again. Somalis aren’t in control.’

The emergence of al Shabaab
The TFG had regained an element of control. But to the south of the capital, another Islamic faction was growing: al Shabaab, also known as the Harakat Al-Shabaab al-Mujahidin. Originally the ICU’s militant wing, al-Shabaab forged its own identity. Its aim is to dismantle the TFG, to ‘mount sustained attacks against the transitional federal institutions and their security forces, as well as AMISOM, and to threaten the political process’, commented the 2011 UN Monitoring Group on Somalia’s report. In 2007, al Shabaab’s leaders claimed affiliation with al-Qaeda (the group formally announced this union on February 9 2012).

‘Al-Shabaab admits to the recruitment of children, who are represented among many recent deaths and defections in their forces’ – Human Rights Watch

In February 2008 the US designated al Shabaab a terrorist organisation. Al Shabaab has committed widespread human rights abuses, reported Human Rights Watch, ‘including punishments such as beheadings, amputations, stoning and beatings, restrictions on dress and freedom of movement, enforced contributions, and forcible recruitment into the militia.’ In addition, HRW says,’Al-Shabaab admits to the recruitment of children, who are represented among many recent deaths and defections in their forces’.

A representative of GarGar Foundation for Development, a charity for Somali women, told the Bureau that under Shabaab, ‘there is a lack of education, lack of health services, and there are often reports of women getting raped’.

But Alfred Mutua, the Kenyan government’s chief spokesman, told the New York Times the kidnappings were more a ‘good launchpad’ than the sole reason for invasion. ‘An operation of this magnitude is not planned in a week,’ Mutua said. ‘It’s been in the pipeline for a while.’

Speaking to the Financial Times, Matua said while the Kenyan forces wanted to locate the kidnappers, their mission went far deeper: to ‘track down and dismantle the al-Shabaab’.

While cooperation with US forces was mooted by the media at the start of Kenya’s invasion, several US officials have ‘explicitly denied coordination with the Kenyan military or any contribution of direct military support,’ said Dr Micah Zenko, fellow at the Council on Foreign Relations, writing in the Atlantic. On October 25, the US stated that it was emphatically not participating in the invasion.

The invasion has not only appeared in the news, it has also been prominent in social media, with the Kenyan army and al Shabaab taking the battle onto Twitter. 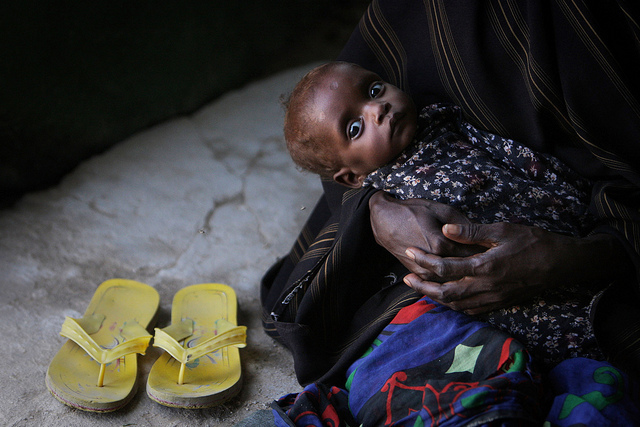 Who are the non-Somali military players?

JSOC
Joint Special Operations Command, or JSOC, is the elite Special Forces division that runs most US operations in Somalia.

Formed in 1980 in the wake of a disastrous attempt to free US hostages in Iran, JSOC’s role is to co-ordinate elite Special Forces personnel in the US Army, Navy, Air Force and Marines.  Its goals sound innocuous enough: 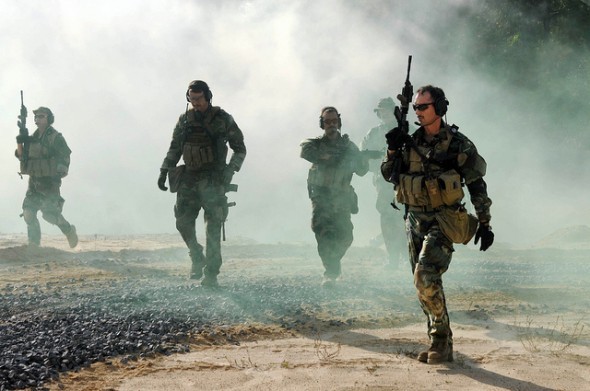 Yet since the September 11 attacks, JSOC has become a critical element of the US’s global ‘war on terror’. Its forces hunted down and killed Abu Musab al-Zarqawi and captured Saddam Hussein in Iraq. In May last year Navy Seal Team 6, part of JSOC, killed Osama bin Laden in Pakistan. JSOC also worked with the CIA in Yemen in September 2011 to kill Anwar al-Awlaki.

It has also been involved in more controversial actions, for example in a number of ground incursions into Pakistan which resulted in civilian deaths.

As the Bureau’s database shows, US Special Forces were active in Somalia just weeks after the September 11 attacks. Operations initially focused on surveillance and renditions. However from 2007 onwards JSOC has carried out a number of airstrikes, drone strikes and cruise missile attacks resulting in the deaths of a number of militants. Civilians have also been reportedly killed in the attacks.

The African Union Mission in Somalia (Amisom) is a peacekeeping force operating with the approval of the United Nations to try to stabilise the country and oust al Shabaab. It was created in February 2007 with a six-month mandate. Five years later, Amisom forces remain in Somalia. In March the European Union pledged $92m (£58m) in new funding, while the US is set to provide military equipment worth $45m to Amisom troops. 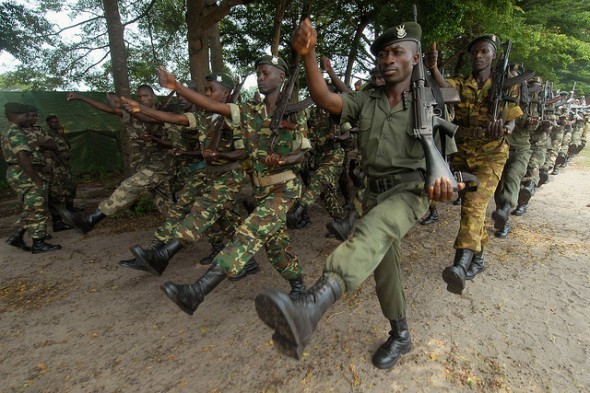 The Amisom mission has three components: police, military and civilian. The military section is by far the largest, with around 9,500 troops mainly from Uganda and Burundi. The UN has demanded that this number ‘urgently increase’ to 12,000 by October 2012. From 2009, Amisom was tasked with ensuring security in areas from which Ethiopian troops had withdrawn.

While Amisom insists its forces adhere to strict international standards, in August 2011 Human Rights Watch reported that ‘All forces involved in the recent fighting in Mogadishu… including the African Union peacekeeping mission, AMISOM—have been responsible for serious violations of international humanitarian law (the laws of war). These abuses include indiscriminate attacks, extrajudicial killings, arbitrary arrests and detention, and unlawful forced recruitment.’

Based at Camp Lemmonier in Djibouti, CJTF-HOA consists of around 2,000 personnel from US and coalition armed forces, alongside around 1,200 private contractors. It conducts civil and military operations in East Africa under the command of United States Africa Command (Africom). 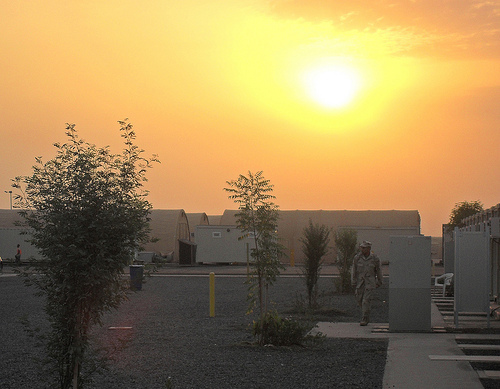 The Horn of Africa was widely thought to be an ideal safe haven due to ongoing border tensions, insurgencies, corruption, poverty, lawlessness, and large ungoverned spaces. The task force’s initial aim was to detect and destroy potential terrorist hideouts, to target individuals, to break logistical lines, and to directly attack groups connected to al Qaeda: essentially a ‘capture and kill’ mission.

Camp Lemmonier is not only a forward operating base for CJTF troops, it also provides a launchpad for missiles, and for unarmed and armed drones operated by the CIA and the elite Joint Special Operations Command (JSOC).

By 2008, US Army Lieutenant Colonel Ted R. Bates, commented: ‘as the CJTF-HOA mission progressed it soon became clear that the Afghanistan invasion did not produce the high volume of fleeing terrorists to the Horn of Africa region that CENTCOM [Central Command] had anticipated. In fact, the Horn of Africa region contained less terrorist activity than originally feared.’

As a result, the taskforce increasingly expanded to undertake civil affairs missions, in addition to training counter-terrorism forces. However, by early 2011 the US military re-engaged heavily in Somalia. The Arab Spring uprising in Yemen also led to a significant number of US military personnel being reassigned to Djibouti. 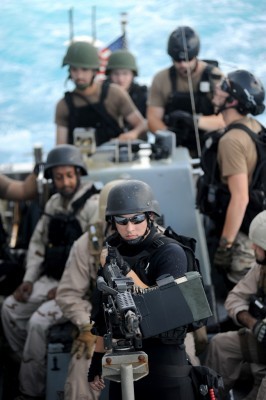 Created to counter terrorism, prevent smuggling, and develop security on the seas, Combined Task Force 150 has been boarding vessels off the coast of Somalia since 2007 in search of terrorist suspects.

‘Visit, Board, Search, and Seizure’ (VBSS) missions are performed on fishing boats (dhows) and oil tankers passing near the Somali coast. The aim is to ‘deter individuals with links to al Qaeda and other terrorist organisations the use of the sea as a potential escape route’, according to the US Department of Defense.