Study shows up to 6 British extremists killed in Somalia

A new Bureau study of western military operations in Somalia reveals that up to six UK citizens have died in attacks carried out by the US and its allies.

The findings appear to support rising UK concerns about the security situation in the east African nation.

With indications that the UK may be seeking to move beyond its current anti-piracy operations in Somalia, any deeper engagement risks drawing Britain into a complex web of shifting enemies, proxy wars and secretive Special Forces operations.

The present UK role contrasts sharply with the United States, which the Bureau reveals has launched up to 20 strikes aganst terrorist suspects over the past five years. Between 46 and 162 people – mostly alleged militants – are reported killed in those attacks.

Political will
As world leaders gather in London on Thursday to hear Britain’s vision of a new deal for war-torn Somalia, the emphasis is on rebuilding a shattered nation.

, stating: ‘We must make it harder for terrorists to operate in and out of Somalia.’

The Guardian has also revealed that the UK has drawn up contingency plans for possible airstrikes on pirates and terrorists.

One source told the paper: ‘There was no political will on this to begin with, but that has been changing. We know where the camps are, where they set up and where they launch from.’

Direct threat
So is there a risk that Britain will be drawn deeper into Somalia’s decades-long conflict? And how involved are we already?

So far, the Bureau’s study shows, Britain’s role has mainly focused on countering Somali pirates. The UK’s naval assets – part of Coalition Task Force 150 – are widely used in board and search operations.

‘We must make it harder for terrorists to operate in and out of Somalia. The Conference should agree the areas we need to develop to disrupt terrorism across the region, including stopping the movement of terrorists to and from Somalia, disrupting the flow of their finances, and delivering effective intelligence gathering, investigation, criminal prosecution and detention against them‘

British military trainers have also helped instruct other African armies for a role in Amisom, the African peace-keeping force in Somalia.

Yet since 2011 UK’s forces are increasingly being engaged on the ground in Somalia. This may reflect a growing fear that Somali militants represent a direct threat to UK interests.

And on July 9 2011, a Royal Navy ship the RFA Cardigan Bay docked in the Somali port of Berbera. Royal Marines reportedly disembarked in armoured vehicles, pushing some miles inland to rendezvous with a tribal leader and bring him to a meeting with UK officials.

The UK has been ‘war gaming’ possible airstrikes against militant al-Shabaab bases in Somalia, according to the Guardian.

And dozens of British volunteers have already been drawn to militant groups in the war-torn nation, recent reports have suggested.

The Bureau has found as many as six British citizens have been killed in attacks by the US and its allies.

In March 2007, a single source claims that British SAS troops, working with members of US Delta Force, entered Somalia and took DNA samples relating to four Britons killed in an American strike that took place in January of that year. 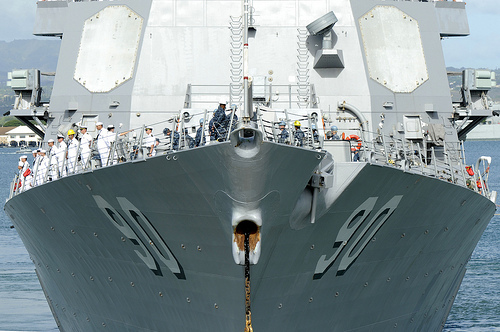 On June 1 2007, at least one British militant was reported killed in a US naval bombardment.

And on January 21 2012 British-Lebanese militant Bilal al-Barjawi was killed in a US drone strike near Mogadishu.

A movement by the UK towards attacks on al Shabaab in Somalia might indicate that US and UK counter-terrorism interests may be coinciding, according to Dr Micah Zenko of the Council on Foreign Relations:

‘The US emphasis is now on disrupting active plots in Somalia against the US homeland. And where you see such plots, you often see attacks planned against the UK and other US allies,’ he told the Bureau this week.

Britain’s Special Boat Squadron, in conjunction with French special forces, reportedly finished an eight-week programme mapping ports used by Somali pirates. According to a UK defence source, ‘There are countless ports where hijacked ships are docked. SBS troops built up a security picture.’ 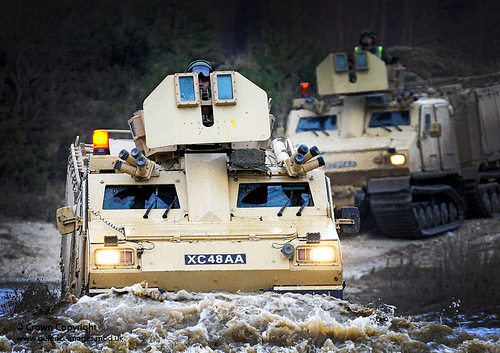 British Royal Marines reportedly landed at Berbera in northern Somalia to liaise with and transport a Somali tribal elder to talks. The troops, from 539 Assault Squadron attached to Exercise Somalialand Cougar, reportedly landed with Viking armoured vehicles and met with the elder some miles inland. He was then ferried to ‘a very important meeting‘ with MI6 and Foreign Office representatives. 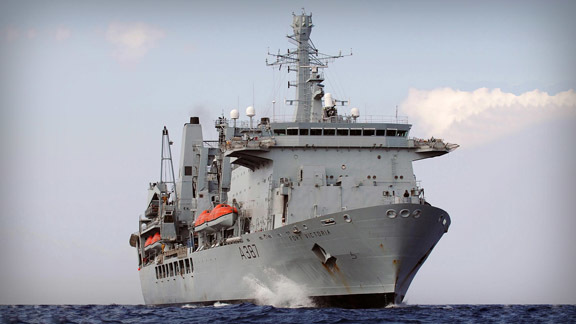 US and British naval and marine units freed the hijacked crew of the Italian ship Montecristo and captured 11 Somali pirates. British defence secretary Liam Fox said of the operation:

Such was the show of strength displayed by RFA [Royal Fleet Auxilliary] Fort Victoria, alongside a US navy frigate, that the operation was conducted without a shot being fired.

This operation off the coast of Somalia is a clear demonstration of Britain’s ability to tackle piracy that threatens our interests. The Royal Navy and Royal Marines are playing a crucial role in securing and protecting international sea lanes that are vital to global trade.