The US-led Coalition targeting so-called Islamic State has substantially underestimated the civilian toll of its airstrikes, according to analysis released by Amnesty International. The detailed report alleges that certain attacks may have violated international humanitarian law.

According to senior Amnesty Syria researcher Neil Sammonds, who authored the study, “the US military’s civilian casualty assessment system is clearly pretty close to being unfit for purpose at present, and needs an overhaul.”

Sammonds and his colleagues focused on just 11 incidents – all in Syria – and identified what they says is “compelling evidence” that 300 civilians were likely killed in reported Coalition airstrikes. The detailed case studies were submitted in late September to the Department of Defense, which has yet to officially respond. The alliance itself has admitted to just one non-combatant fatality from the events.

Amnesty’s six-month investigation – which draws on open source data, satellite imagery, personal accounts, and existing monitoring by groups including the Syrian Network for Human Rights and Airwars – is one of the most extensive reviews of civilian casualties tied to the Coalition.

The first strike investigated took place over two years ago, at Kafr Daryan in Idlib governorate on September 23rd 2014 – the opening night of Coalition bombings in Syria. That attack was also the first that Syrian monitoring groups were able to review. Accounts compiled by several, including the Violations Documentation Center and the Syrian Network for Human Rights arrived at a toll of at least 13 civilians killed, including five women and five children.

Amnesty’s own assessment says photographic and video evidence for Kafr Daryan indicates a residential area was indeed hit: “The strike location appears to be in a residential neighbourhood, approximately 100m from a mosque, as confirmed by satellite imagery from 30 September 2014 (one week after the attack) obtained by Amnesty International. Several buildings intact in satellite imagery from August 2014 are either completely or partially destroyed in the imagery from 30 September.”

Though US Central Command (CENTCOM) has confirmed cruise missile strikes in the vicinity that night, it continues to insist that it is not in possession of “credible operational reporting through operational channels that would sustain those allegations.”

Amnesty is now calling for the Kafr Daryan case to be re-opened, noting that “At the very least, the presence of large numbers of civilians in the vicinity and the recorded civilian casualties and damage suggest that necessary precautions to minimize harm to civilians may not have been taken.”

Bodies removed from the rubble at Kafr Daryan, September 23rd 2014

CENTCOM’s response to Kafr Daryan in September 2014 helped set the tone for the US-led campaign in Syria – even as monitoring groups tallied an ever-growing list of civilian victims from Coalition bombings.

To date, the US has admitted to just 19 civilian deaths in Syria resulting from 12 investigations. By comparison, the best estimate of researchers at Airwars presently puts the Coalition toll in Syria alone at 899 civilians killed.

Airwars has been informed by CENTCOM that the release of a further batch of confirmed civilian casualty cases is “pending,” though no firm timetable has been given.

The bloodiest attack reviewed by Amnesty took place in al Tukhar in Syria’s Aleppo province on July 19th 2016, during operations to retake the nearby strategic town of Manbij. At least 73 civilians were likely killed, among them 27 children. Some monitoring groups have put the civilian toll at above 100, and possibly even 200. Airwars currently lists the names of 78 reported victims – and the incident is likely the deadliest so far tied to the Coalition in more than two years of war.

While noting that Islamic State forces were reportedly present in the village, Amnesty has informed CENTCOM that “The attacks appear to have been conducted without adequate precautions taken to safeguard civilians and may have amounted to indiscriminate or disproportionate attacks.”

Shortly after the incident in al Tukhar, CENTCOM – which oversees Coalition operations in both Iraq and Syria – announced it was investigating the bombings. It has yet to release its findings. 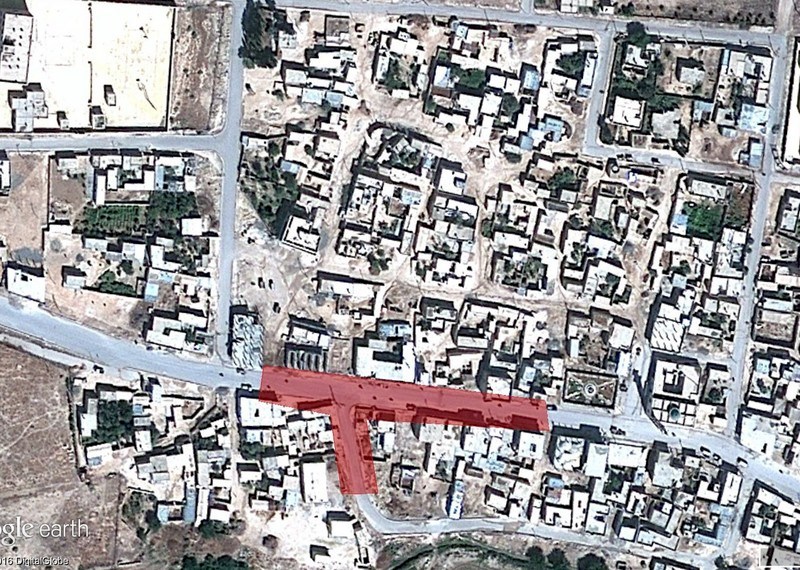 Amnesty satellite analysis of the site of another Coalition airstrike at al Ghandoura in July 2016, which likely killed 28 or more civilians (© DigitalGlobe/Google Earth. Graphic produced by Amnesty International)

Reviewing another air raid on the village of Ayn al-Khan in al-Hasakah governote on December 7th 2015, Amnesty suggests the Coalition may have operated based on faulty intelligence, and then failed to acknowledge its failure after some 40 civilians were killed. Airwars prsently lists 24 separate sources for the incident.

“The attack appears to have been indiscriminate and may have resulted from a misidentification of a military objective,” Amnesty notes in its assessment of Ayn al-Khan. “Even if a military objective was present in the vicinity, the heavy loss of civilian life suggests a failure to take necessary precautions or a decision to proceed with an attack which was foreseeably disproportionate.”

Amnesty’s investigation comes as tens of thousands of Iraqi and peshmerga forces attempt to retake ISIL’s de facto Iraqi capital of Mosul, buttressed by heavy air support from the Coalition.

“Failure to see the great harm it causes to civilians throws the Coalition’s Mosul campaign in particular into sharp relief,” says Amnesty’s study author Neil Sammonds. “If 250 civilians were killed in strikes on the Manbij area, how many times more might be expected to die for Mosul?”

This week, spokesperson Col John Dorrian tweeted that the Coalition had unleashed “an all time high” number of strikes between the start of the Mosul offensive on October 17th and October 22nd. “Over 1,400 munitions delivered on #Daesh,” he wrote.

.@CJTFOIR ramped up strikes supporting ISF & Pesh advances on #Mosul to an all time high–over 1400 munitions delivered on #Daesh 17-22 Oct

Though fighting has not yet reached built-up areas of the city, several alleged airstrkes tied to the Coalition have already claimed the lives of more than a dozen civilians according to Airwars tracking. On Monday, local reports indicated a father and his seven children were killed in a village just north of Mosul.