As warfare changes, the UK’s protection of civilians falls further behind

As the international war against ISIS enters its eighth year, the UK must urgently improve its approach to the protection of civilians and civilian harm monitoring, reports Airwars' advocacy team.

Over the last decade, warfare has undergone significant changes. Countries such as the UK and US have increasingly done their best to avoid large-scale ground deployments of their own troops, focusing instead on supporting local forces, for instance by providing air power.

Through the monitoring of nearly 60,000 locally alleged civilian deaths caused by belligerents across multiple conflicts, Airwars has documented the risks to civilians that this form of engagement can pose in nations like Iraq and Syria, with heavy uses of explosive weapons in urban environments often leading to very significant civilian casualties and major destruction of civilian infrastructure.

Despite acknowledging the potential risks from recent actions, which saw “the most significant urban combat to take place since World War II”, the UK has failed to improve its approach to the Protection of Civilians (POC). In fact, the UK remains hesitant to openly acknowledge harm from its own actions. Leaving behind this current approach, by introducing public transparency and accountability for identification, review and admissions of casualties is vital to reduce present and future civilian casualties.

This article will assess current UK government action with regard to developing and updating its protection of civilian policies.

The Ministry of Defence

One of the most comprehensive reviews of UK military action in recent times, the 2016 Chilcot report, repeatedly emphasised that the MoD has failed to accurately estimate possible civilian harm that would arise from the 2003-2011 war in Iraq. In fact, the report states the MoD mistakenly estimated the war would ‘only’ cost civilian lives in the “low hundreds”. In reality, Iraq Body Count estimated that more than 114,000 civilians died as a result of violence in Iraq between 2003 and 2011.

The Chilcot report called for the UK to improve how it reaches pre-conflict estimates of civilian harm, declaring that a ‘government has a responsibility to make every reasonable effort to identify and understand the likely and actual effects of its military actions on civilians.’ It also said governments should make ‘greater efforts in the post-conflict period to determine the number of civilian casualties’ and to understand the broader impact of these actions.

In response, MoD officials pledged to improve the protection of civilians in the future. Nevertheless, the key challenges to effective POC identified in the Chilcot report persist to this day, including a lack of accountability; a lack of understanding of the impact of British airstrikes on the ground; and a false belief that the use of ‘smart’ guided munitions might automatically lead to fewer casualties.

However the US-led Coalition has itself concluded that fifteen additional civilians were killed in at least three actions in Iraq and Syria which are known to have been British airstrikes.

Airwars, along with other monitoring organisations, humanitarian organisations, and news outlets, have demonstrated that their own mechanisms to capture civilian harm reports are often far more accurate than those of militaries. For the past two years for example, the majority of officially declared civilian harm reports by the US-led Coalition originated with Airwars, rather than internal military reports. The UK government must therefore reflect on why it has consistently failed to incorporate adequate civilian casualty monitoring mechanisms into all recent operations.

As Airwars’ ‘Europe’s Shame’ investigation highlights, the UK’s allies are often better able to understand and report on the harm that comes from British actions than the UK itself. This was reaffirmed by the recent publication of a Pentagon report to Congress in which they detailed civilian casualties known to have been caused by allies, including Britain. 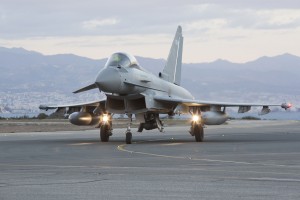 This is not to say that there has been no progress at the MoD since the findings of the Chilcot report. When it comes to responding to requests for information regarding specific alleged civilian harm events during the war against ISIS, the MoD has been quick and responsive – at least compared to allies. Yet a number of key changes are required within the Ministry of Defence to ensure that the UK consistently and effectively protects those on the ground when it goes to war, and is transparent when things do go wrong.

To improve the UK Defence Ministry’s approach to POC, the following key steps must be taken. Firstly, the UK must learn from its allies and independent organisations by establishing a permanent civilian harm tracking cell within the Ministry with strong local understanding and relevant language skills, while conducting site visits and witness interviews for assessments where possible.

The UK must also review the exceptionally high bar it sets for determining civilian harm. Senior British defence officials have confirmed to both the BBC and to Airwars that the UK presently requires what it calls ‘hard facts’ when assessing civilian harm claims – an apparently higher standard even than the ‘beyond reasonable doubt’ used by UK courts. Civilian casualty assessors within the US military instead use a ‘balance of probabilities’ approach, Airwars understands – allowing them to consider local credible reports of civilian harm in their own investigations.

Transparency must then follow. Information about incidents that may have harmed civilians should be publicly disclosed, investigated and fed into internal lessons mechanisms to inform broader approaches to civilian harm mitigation. As outlined by Mike Spagat from Every Casualty Counts: “Transparency about operations can help build positive relations with the public, improve the quality of field data and, ultimately, improve military performance.”

By better understanding the negative impact of its military actions on the ground and communicating the findings in clear ways, the UK will become more accountable both to its own citizens and to those who live where the UK’s armed forces or close partners engage overseas. This would also place the UK in line with allies like the US, which have made a conscious effort to acknowledge at least some instances of civilian harm, as seen for example in Airwars’ investigation of  “The Credibles”.

As a key step towards this, we urge the British government to follow many allies, primarily European, who are increasingly implementing presumptions against the use of explosive weapons in populated areas (EWIPA) in the planning and conduct of operations. As Rachel Hobley from Humanity and Inclusion emphasises: “When explosive weapons with wide area effects are used in populated areas, 90 percent of those killed or injured are civilians. This compares to just 25 percent in non-urban areas.

“These statistics, which have remained the same for the last 10 years, show the systematic humanitarian harm that arises from these practices. Not only are people killed and injured – families’ homes are also destroyed, health clinics decimated, and key services like water and electricity wiped out.” 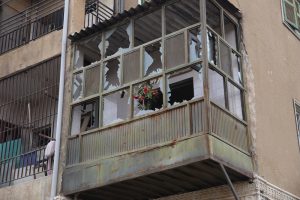 The aftermath of a confirmed Coalition airstrike two years on. (via Amnesty)

The Foreign, Commonwealth and Development Office

The MoD is only one actor among many within the UK government which is responsible for protecting civilians on the ground. The Foreign, Commonwealth and Development Office (FCDO) is also vital, as it leads on the UK’s official Approach to the Protection of Civilians.

It is particularly concerning that commitments made in the UK’s 2020 Approach to the Protection of Civilians policy, to “investigate any credible reports that UK actions may have caused civilian harm”, have yet to lead to any tangible changes in the UK’s approach.

At the same time, there is a lack of guidance on how the UK will respond when harm does occur. This reflects a broader trend in which cornerstone policies for the UK’s engagements abroad too often fail adequately to address the importance of protecting civilians. For example, while the government’s recent Integrated Review of Security, Defence, Development and Foreign Policy, which was published earlier this year, is broad in its scope – covering everything from cyber warfare to terrorism – it fails to mention the protection of civilians once. This reveals a significant lack of prioritisation of POC, despite such protections being identified time and time again as a key to obtaining strategic goals in wars.

In collaboration with partner civil society organisations, Airwars has held positive discussions with Lord Ahmad, Minister of State for the Commonwealth, in attempts to better understand how the FCDO intends to improve its approach. At the same time, several statements from government officials, including Foreign Secretary Dominic Raab, have promised to create a ‘conflict centre’. Yet, despite concerted efforts to gain more information, we are left with a long list of questions on what this will focus on; to what degree it will allow for engagement with civil society actors; and how much it will prioritise the protection of civilians.

Finally, in addition to changes that both the MoD and FCDO must implement to be accountable and protect civilians, we urge the Government to ensure that these departments also coordinate with each other as they are jointly responsible for delivering protections on the ground. As it stands, the two departments often do not even use the same terminology, with the MoD focusing on ‘Human Security’ and the FCDO pursuing ‘Protection of Civilians’. While the two agendas are implicitly connected, it remains unclear why the departments have chosen different approaches, and how they will work together to ensure delivery.

Making the UK’s approach to the protection of civilians more accountable and transparent is not going to be a quick or simple process. Yet it is a vital one; not only for the sake of the civilians who find themselves caught in conflict, but also to ensure that UK actions abroad contribute to stability.